Former Big Brother Naija, BBNaija, housemate, Rico Swavey, has reacted to the disqualification of Tacha from the current ‘Pepper Dem’ season of the reality show.

In a tweet, Rico Swavey wrote: “This is unfair. Both of them should’ve been disqualified!!

“Guys, remember this is just a game and Biggie has the final say. Please, enjoy the remaining 10 days of the game. Don’t get it twisted BIGGIE is always right.

“It’s like watching the final of the Champions League and Messi or Ronaldo get RED carded. I was enjoying the competition between them. I love them both and It would have been interesting to see the final score between them.” 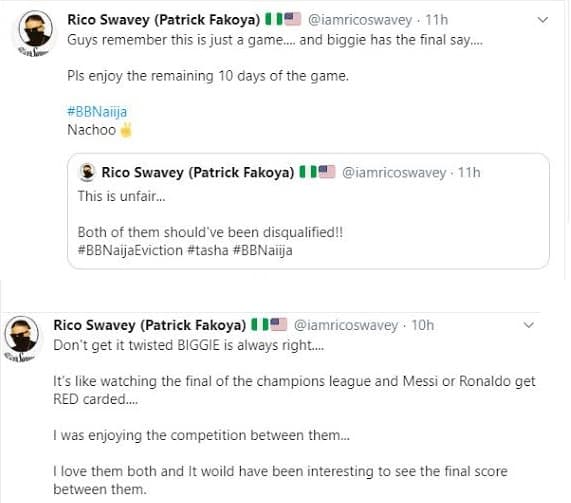