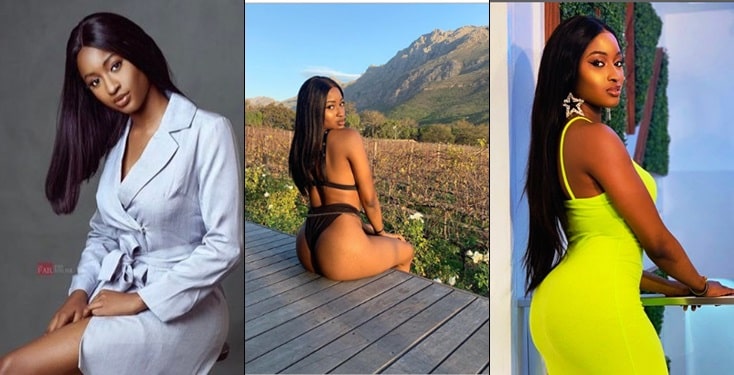 Ex-beauty queen and 2019 Big Brother Naija former housemate Kim Oprah has gotten many of her fans talking, after she took to social media to share a stunning image of herself in sexy lingerie, flaunting her enviable curves.

The former Miss Intercontinental Nigeria paid major emphasis on her derriere with the outfit chosen for the photo and posed seduc,tively for her shot. The photo has garnered thousands of likes and comments. 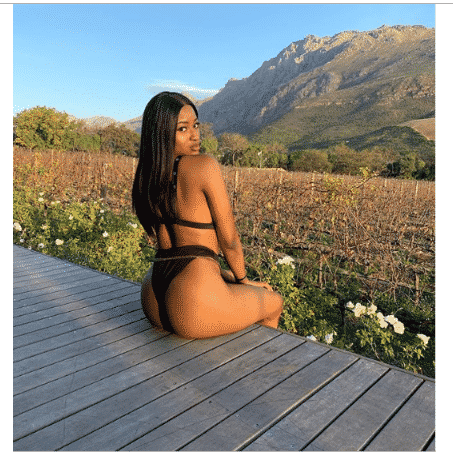 Kim Oprah was the second housemate to be evicted from the Big Brother Naija show. Kim joins Ella Nnabuchi who was evicted earlier. The duo swiftly followed Avala and Isilomo who were evicted after on July 7.