Winner of Big Brother Africa 5, Uti Nwachukwu has fired shots at critics of BBNaija housemate, Erica, who recently revealed that she and Kiddwaya had sex while in the Head of House lounge. 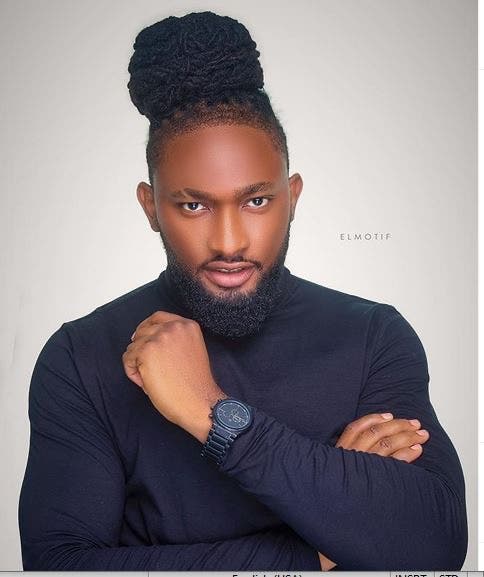 Taking to his Twitter handle to reply those attacking Erica, Uti said at least Erica is enjoying hours of billionaire orgasms and not suffer head. He wrote;

“If u are not a Virgin, If u have ever made out (lolox) and u condemn Erica because of any fabricated nonsense, then 600 years suffa for u and ur cohorts Its always the struggling ones that blab blaber blabbest! #BBNaija ELITES! DEM GO CLEAR ROAD FOR STARGYAL!! 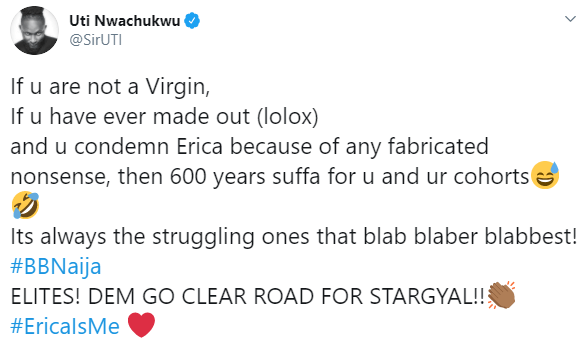