..It’s the end of the road for Eric and Tochi as they were both evicted from the BBNaija reality show…

They were nominated alongside Trikytee and Kaisha.

See the votes of the least 8 below. 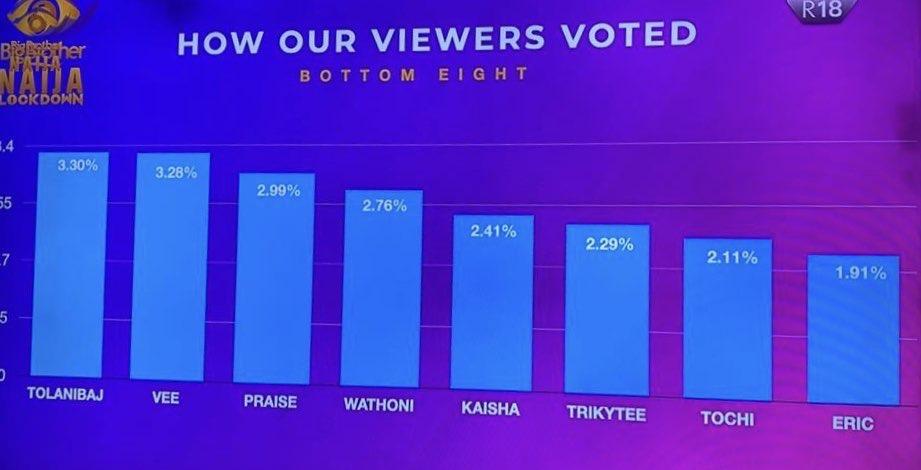 The reality TV show ran for 10 seasons before it was stopped by the organisers.