Even though some housemates were nominated for eviction, the drama in the BBNaija house continued last night. 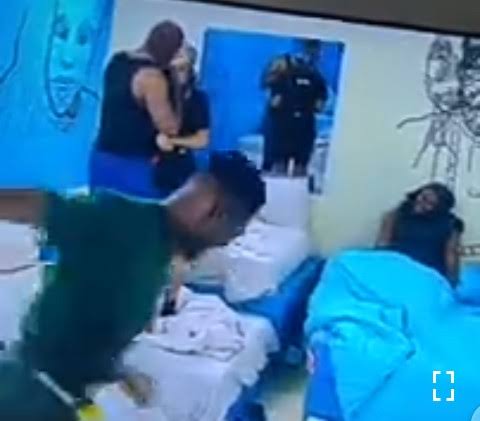 One of the show’s highlights on Monday night was when Pere and Beatrice were seen on camera kissing passionately.

This took place during the truth or dare game anchored by Tega.

During the game, Pere was dared to kiss Beatrice for eighteen seconds.

However, the kissing continued after the given time, and the other housemates had to ask them to stop.