Evicted BBNaija Season 6 housemate, Beatrice has slammed a troll on social media who accused her of wasting the Big Brother Naija platform. 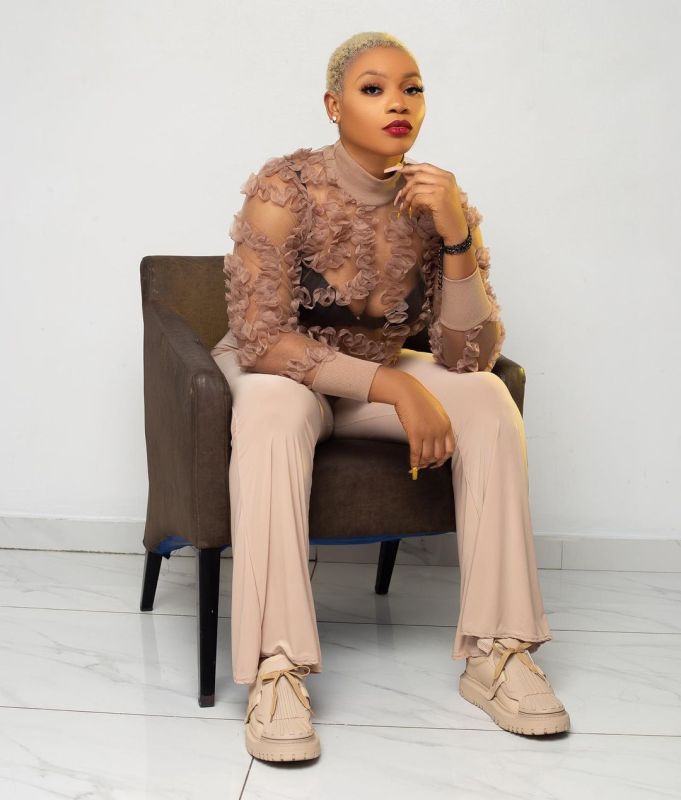 The beautiful Rivers State-born reality star who was the third housemate to be evicted from this year’s edition of the BBNaija show, shared some adorable photos of herself on social micro-blogging platform, Twitter.

However, the troll on seeing the post, then went on to remind Beatrice of her short stay in the Big Brother house.

According to the troll, Beatrice was given the rare opportunity to be on the biggest reality show on the continent, but then she wasted it. 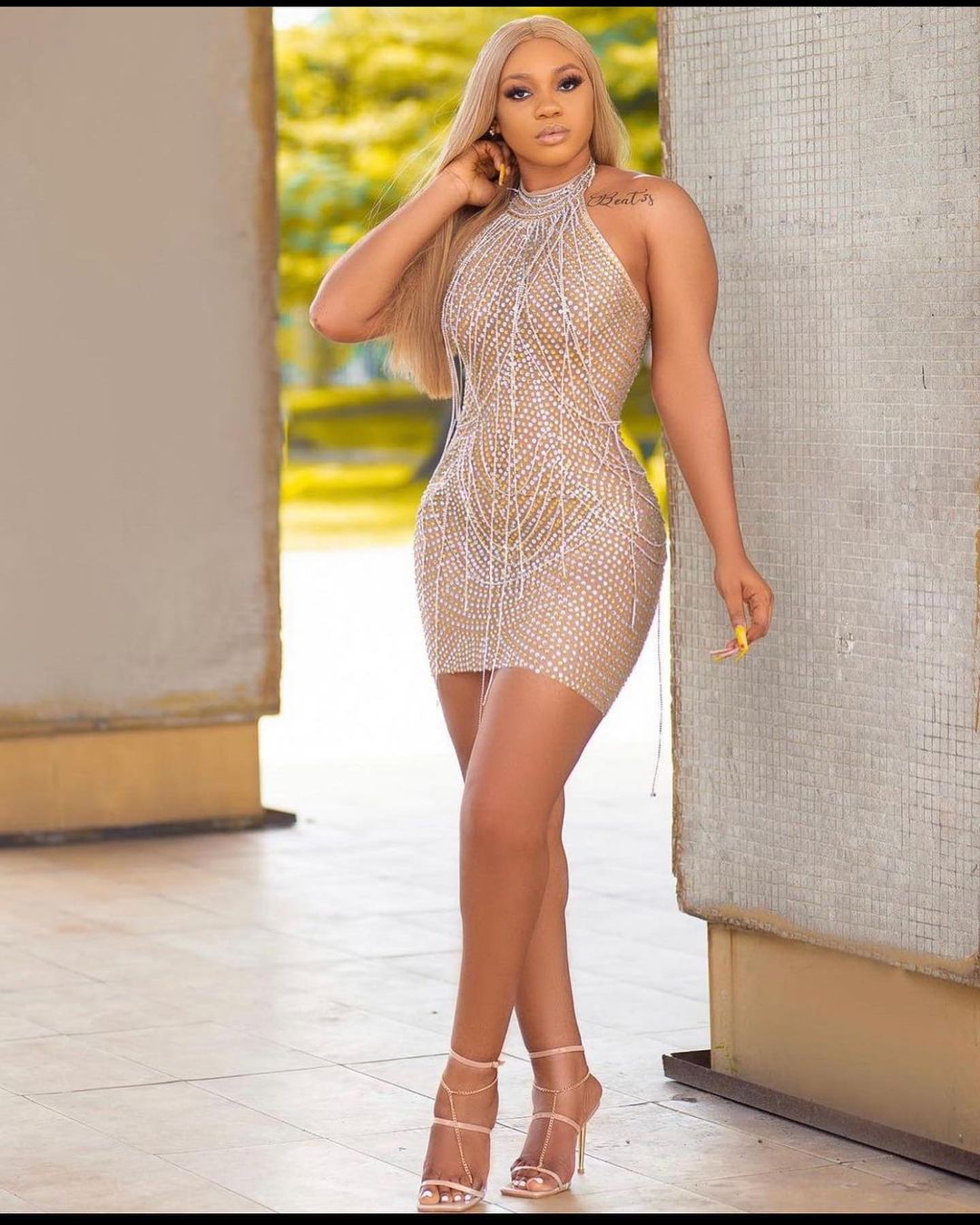 “So na now you wan show case all this? U were given a platform, Chalie u wasted it, well, best of luck my dear”, the troll wrote, while reacting to Beatrice’s photos.

But Beatrice who didn’t let the negative comment slide away, gave the troll a savage response of her own;

“The money I have made from the “Wasted Platform” can buy you and your elder brother at the moment. Peace & Nepa ✌️”.

View their exchange below: 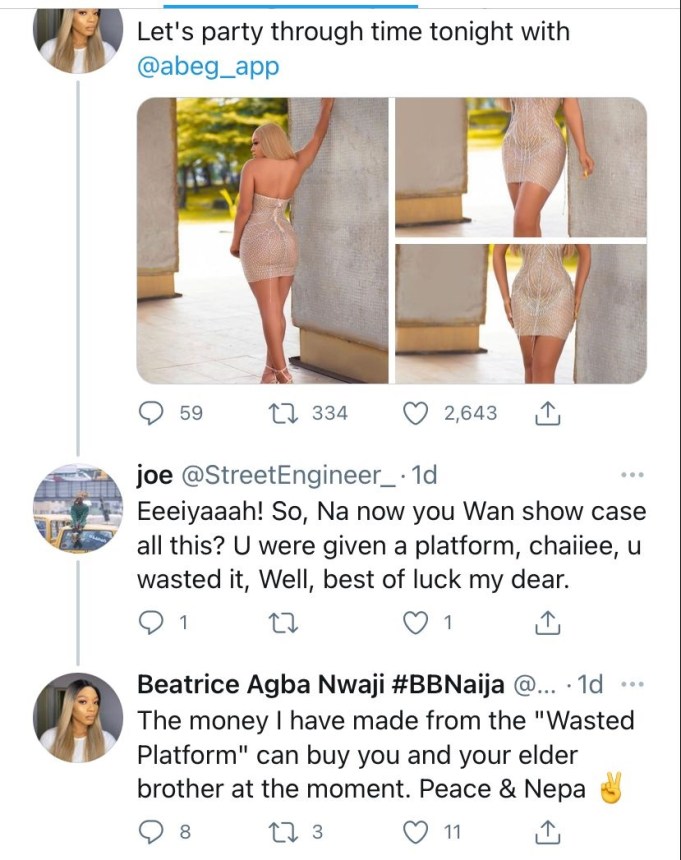