Once again, Big Brother’s house witnessed a reduction as two housemates were shown the exit doors bringing their quest to winning the 90 Million Naira grand prize to an end. 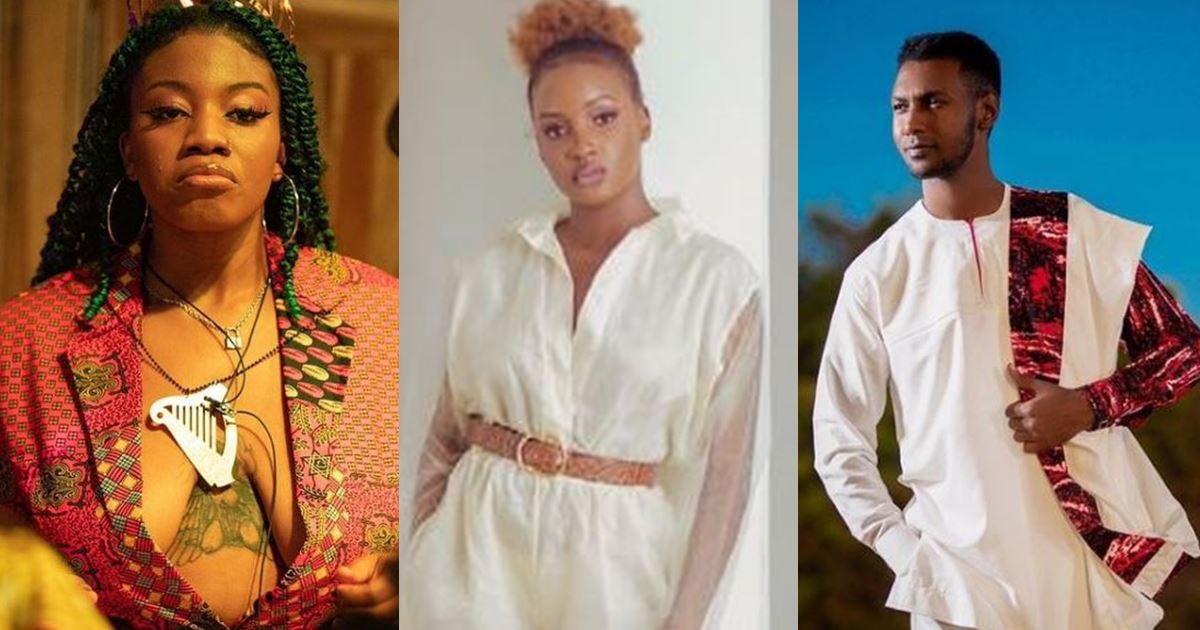 Saskay and Yousef, unfortunately, suffered eviction this evening, thereby leaving us with only 9 housemates to continue playing the game.

Viewers as expected gave their vote(s) to their faves, but the show is organized in a manner that housemates with the lowest number of votes get to leave.

Yousef on his part had the lowest number of votes, followed by Saskay. Angel, however, escaped eviction with few votes ahead of Saskay which saw to the fact that she remains in the house till God knows when.

Check out the chart below: 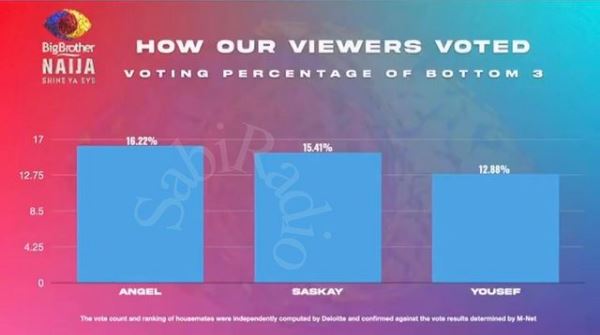