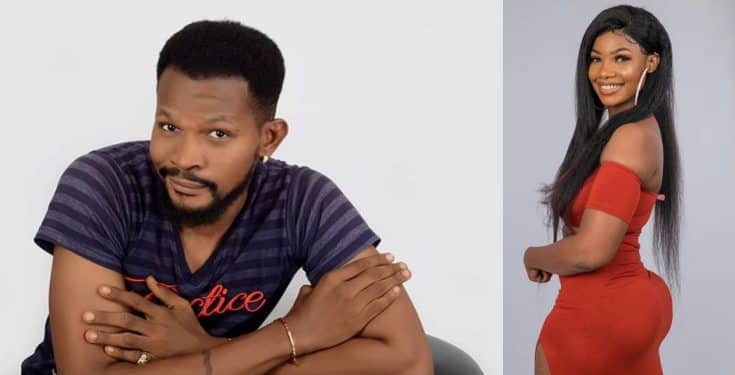 The actor, who made this known in an Instagram post on Monday, also said his fans warned him against throwing his weight behind her.

According to him, being evicted from the show is better than being disqualified.

He wrote: “I regret supporting Tacha in BBnaija 2019. I was carried away by her beauty, but Mercy is a Queen.

“I should have listened earlier to all my fans in Nigeria, London, Ghana and the rest of the world who told me not to support her.

“If such a housemate were to be in a more civilised society like the UK or America, people will never support such housemate because of the shame of being disqualified on a reality television show.” 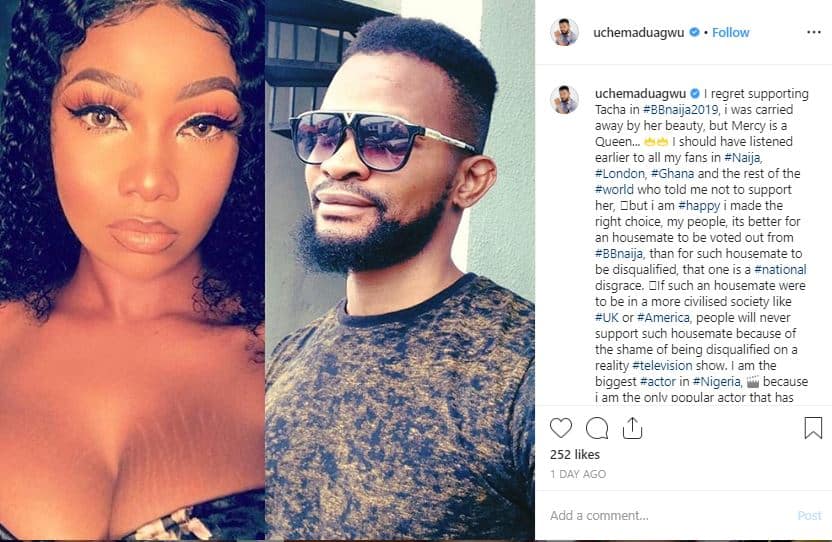