Former Vice President, Atiku Abubakar has lent his voice as he calls for justice pertaining to the murder of Iniubong Umoren. 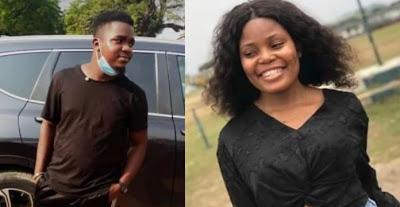 Atiku took to his Twitter page to send his condolences to the victim’s family as he urged the police to do everything that will sustain justice and make it prevail.

Over the past two days, I saw how Iniubong Umoren united Nigerians in a way that was admirable, yet, tragic. This is heart-rending.

“I call on the Nigeria Police and other security agencies to do all within their powers to ensure that justice prevails for her family and all Nigerians. They made great efforts to #FindHinnyHumoren.

“May God grant her family and friends the fortitude to bear the loss of such a young Nigerian who only sought an honest living.”

May God grant her family and friends the fortitude to bear the loss of such a young Nigerian who only sought an honest living.

Similarly, former Kwara State Governor and Senate President Bukola Sarah have revealed that the murder of Iniubong is devastating to him.

“I’ve been following the #FindHinyHumoren hashtag closely over the past couple of days and I am extremely devastated that young Miss Iniobong Umoren, who simply set out to find a job, was raped and murdered,” Mr Saraki said in a Twitter post, Sunday.

“At this particularly difficult time, my prayers are with her family and all her friends who kept this topic on the front burner over the last couple of days. I hope the perpetrators of this despicable act are swiftly tried and sentenced,” he added.

The police in Akwa Ibom State, on Sunday, confirmed that the missing woman was raped, killed, and buried in a shallow grave by a suspect who is in police custody.

The police spokesperson in Akwa Ibom State, Odiko MacDon, identified the suspect as 20-year-old Uduak Akpan, said to be a serial rapist.