Home Viral News “Are you okay? What’s the meaning of this?” – Lady rages at... 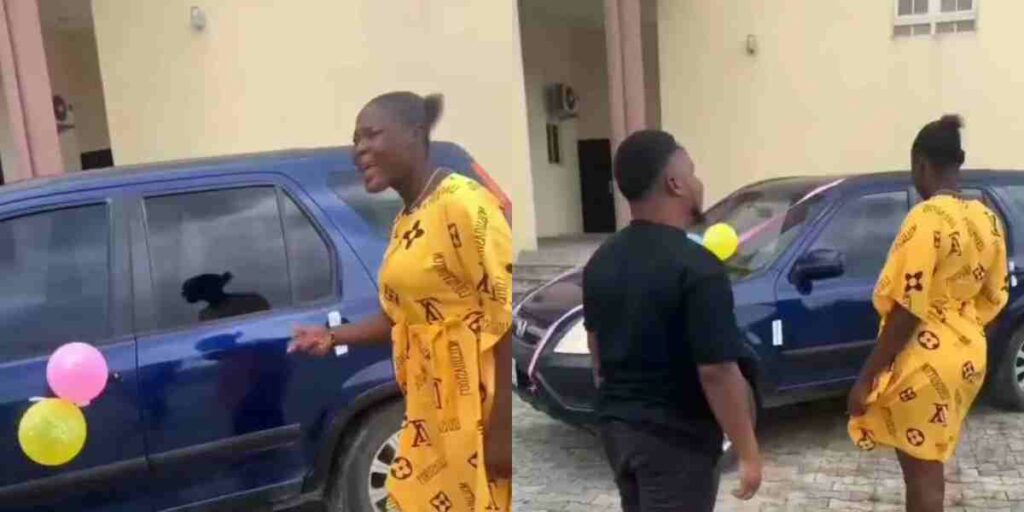 A video circulating online captures the moment a lady raged at her boyfriend after he gifted her a car on her birthday.

In the clip, the man who covered his babe’s eyes with his hands gently led her to where the car was parked hoping that she would be surprised and super-excited upon seeing the whip. However, things didn’t work out as planned as his girlfriend took offence due to the type of car he presented to her.

The unhappy lady could be heard questioning his sanity while asking if such a car was suitable to be offered as a gift.

Her boyfriend gifted her a Honda automobile.

Netizens while reacting to the video expressed shock over the lady’s blunt behavior as they demanded to know if it was a skit or a real occurrence.