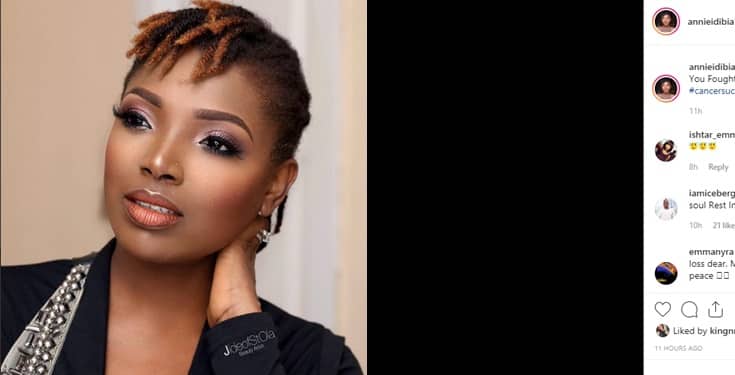 Annie Idibia is in a sorrowful mood as she lost her father to cancer in the early hours of today. The actress who announced that her father is dead, revealed that he fought so hard.

Annie who revealed that she lost her father to cancer on Instagram, wrote; 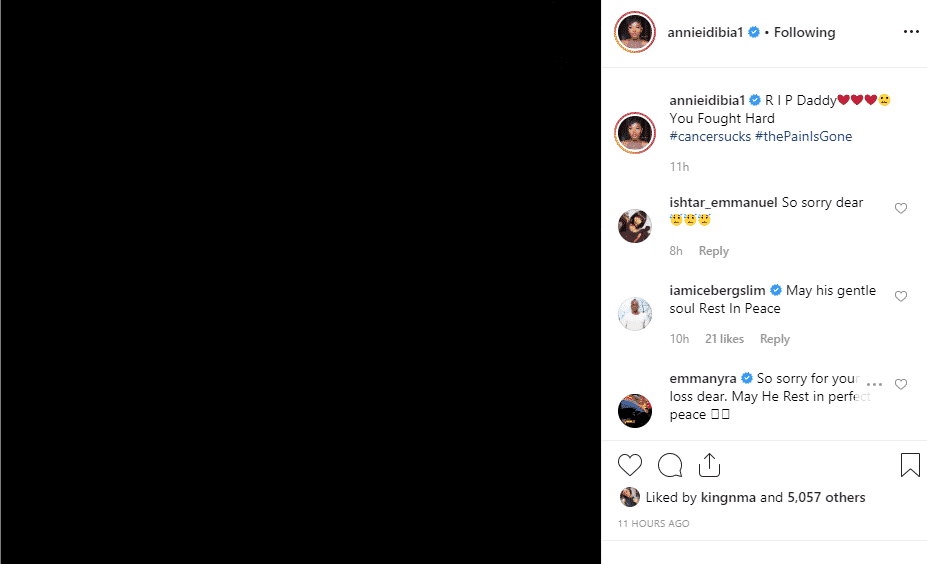