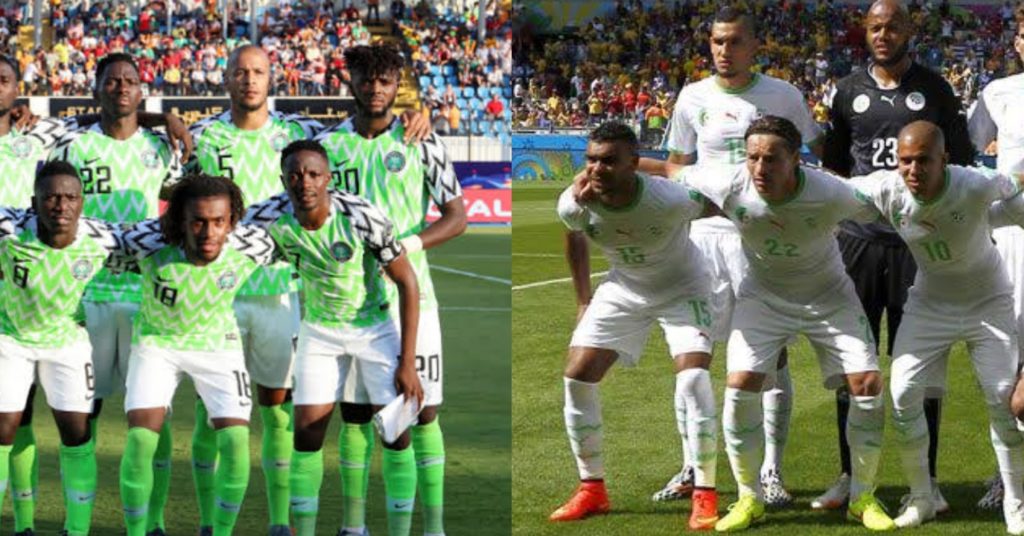 The Super Eagles of Nigeria’s opponents at the ongoing Africa Cup of Nations was confirmed as the Desert Warrior of Algeria yesterday night after the North African side defeated Cote D’ Ivoire on penalties following a stalemate in normal time.

The North American side is also physical in their display and is equally strong defensively.

The crunch clash between the two sides would take place at the Cairo international stadium on Sunday, 8pm, Nigerian time.

ALSO READ:   'They are b***hes' - Deontay Wilder blasts Anthony Joshua and Tyson Fury after both boxers agree to team up against him by training together

As much as Super Eagle’s fans home and abroad long for victory to proceed to final round, It’s wise to understand that the game won’t be a walk over.

More is expected from Super Eagles.