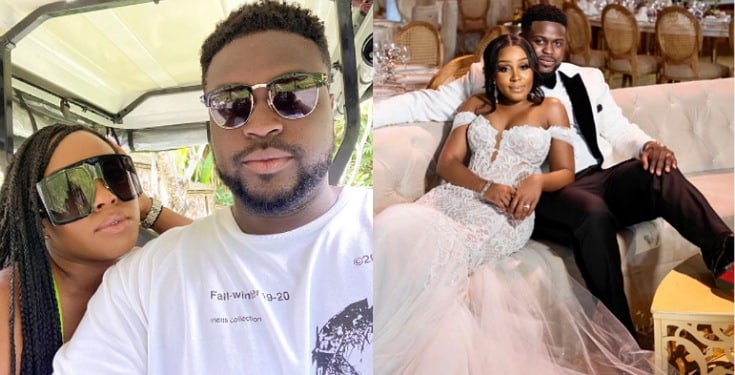 Kani, wife of Davido‘s brother Adewale Adeleke has reacted to reports of the alleged crisis facing her 4-month-old marriage to Adewale.

Reports from ‘Gist Merchant’ alleged that she’s been in and out of fights with her husband in their 4-months-old marriage. 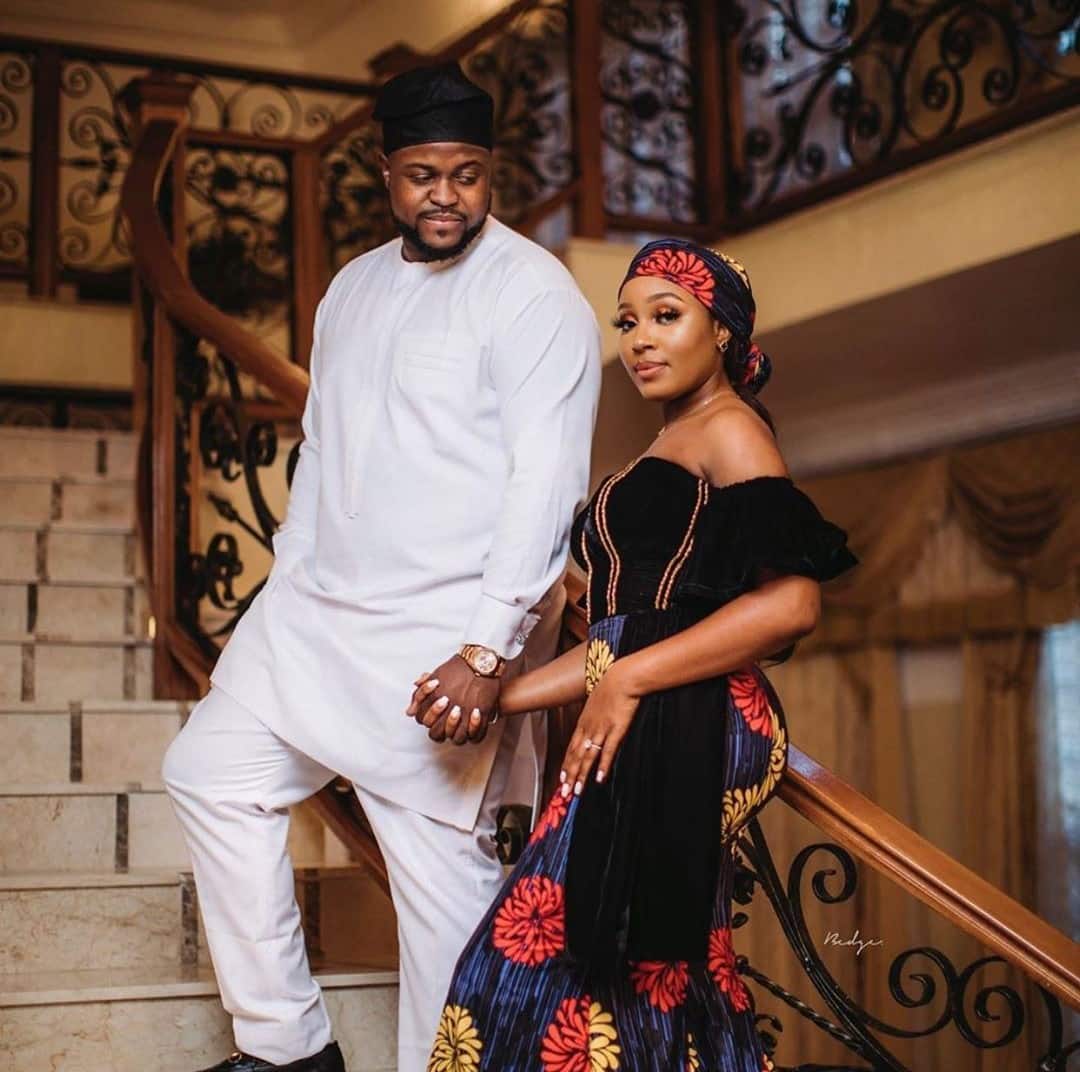 According to reports, the fights are becoming so incessant that it could eventually lead to the end of their marriage, if not settled.

Reacting to this on Instagram, Kani described the report as “fake news” and also disclosed that her husband prepared her for the “lies”. She debunked news of any form of crisis facing her marriage.

Taking to instastory, she wrote; 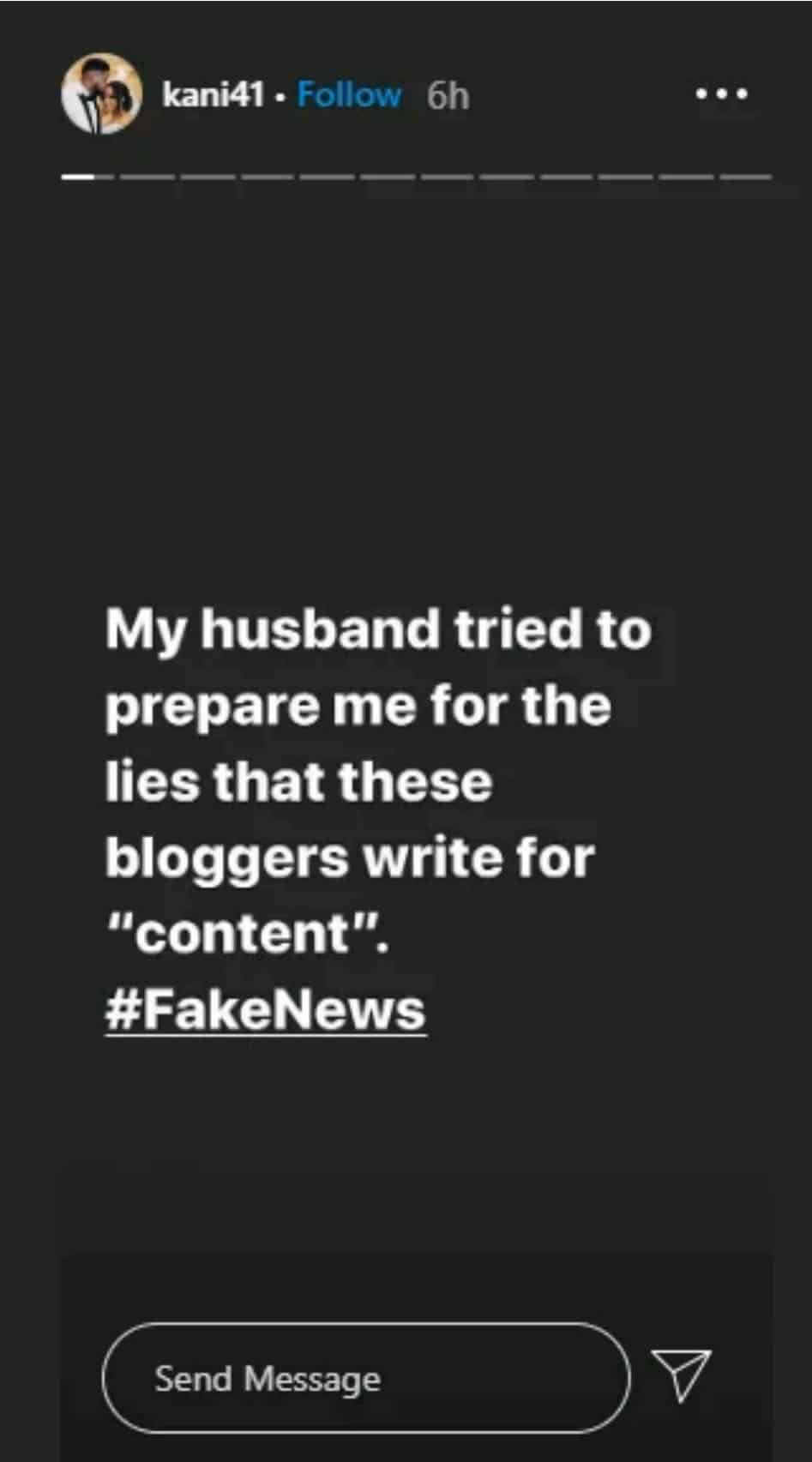