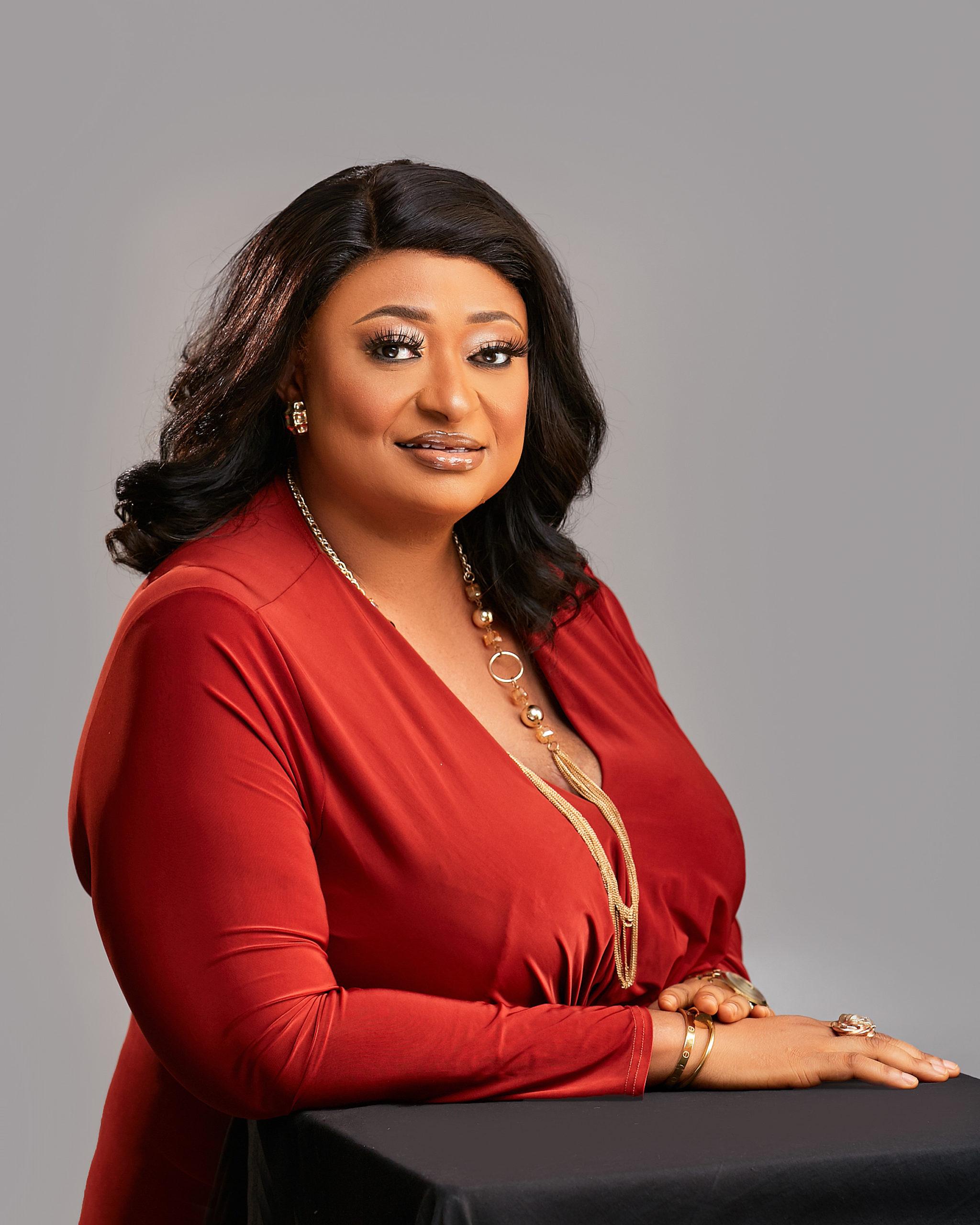 The jab came from her colleague in the movie industry who chose to hide his identity by using a fake Instagram account.

This actor vexed with Ronke and other thespians in the Nollywood industry insisting that Baba Ijesha is guilty of the alleged sexual assault of a minor, as he asserted that most of them are not better than him morally.

Using the handle, @don_syd he wrote:

“@ronkeoshiodioke oloribtuki ni gbogbo yin I wish you all channel this your vextation during endsars to end and governance in this country causing most of all this atrocity in our society….no one is supporting rape but why is that you all are hypocrite, will come online to judge someone else if you all have evidence aganst this man why not charge him to court and stop social media publicity and mere looking at you alll and your colleagues especially you ladies y’all are hypocrites.

If we can run a background check on you all we see you all are not perfect some of you are fu*cking someone else husband to gather wealth and flaunt online but see that as normal some of you are even going about following politician and selling us out to make living but you won’t come out to say something against that awon alabosi oshi like you all are perfect if some of you are male you will do the same or worst sel ekoshi danu ke shemi some of you even use kayamata to hold innocent men but una no go drag una self abi is that one not sexual assult too eni kure… if baba ijesha is guilty of this let him face the consequence make una arraign him to court and present evidence you have against him not coming online to and express hatred ke fosi le.” 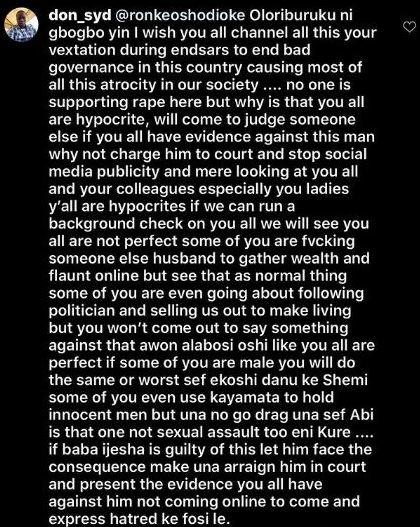