Big Brother Naija star, Kokoby Khloe is currently not happy with some of her friends as she noted that women are nothing but snakes. 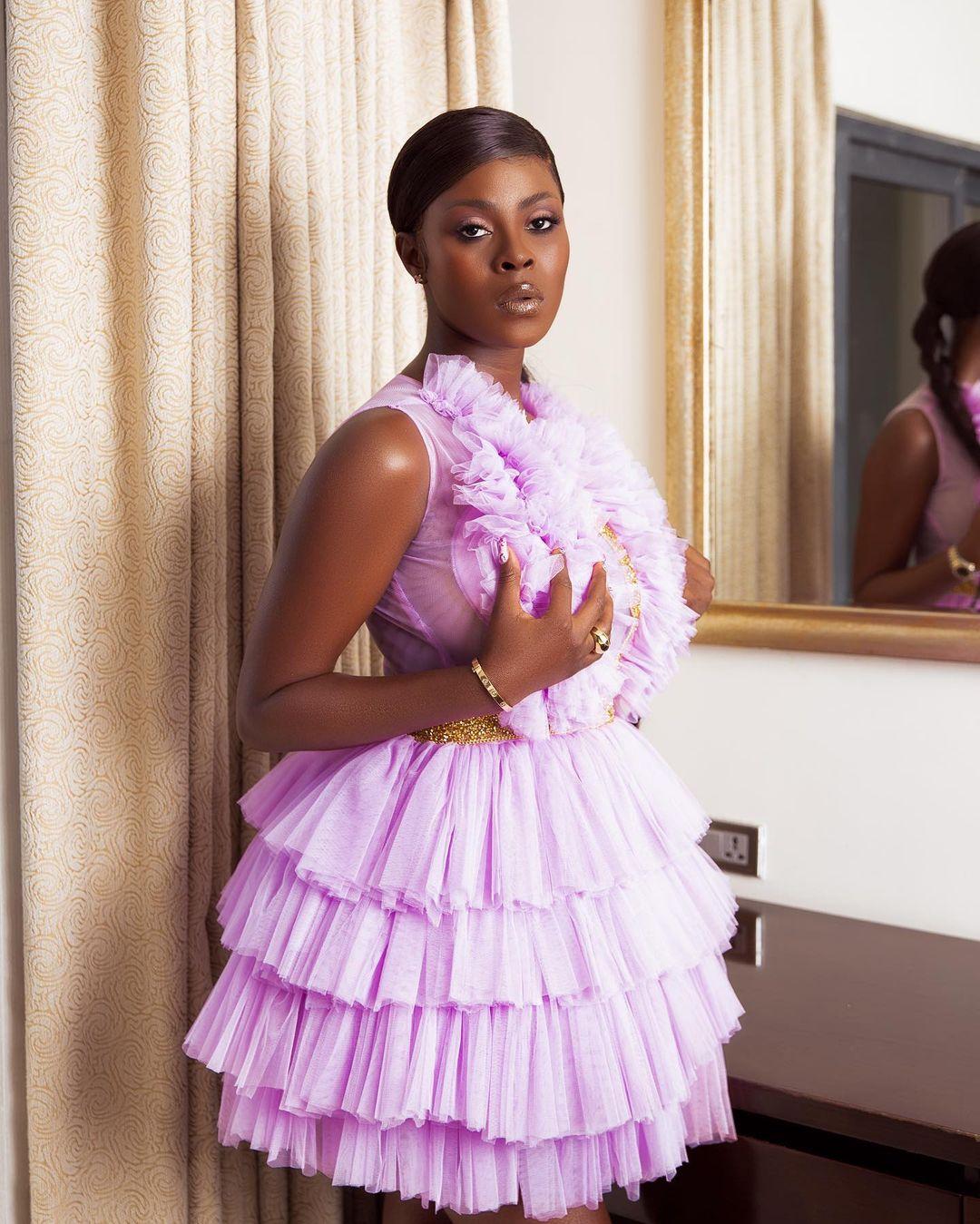 Khloe has been consistent in pouring out her mind on social media despite the attacks she got from fans when she went for surgery to enlarge some part of her body.

The talented brand influencer some minutes ago took to her Instagram story to lash out at some friends who betrayed her.

According to Khloe, these so-called friends have been acting like they car whereas all they aim to hurt her.

Khloe added that despite that she knew the friend in question is used to lying, she has been consistent in paying attention to her not knowing she will suffer the same faith. 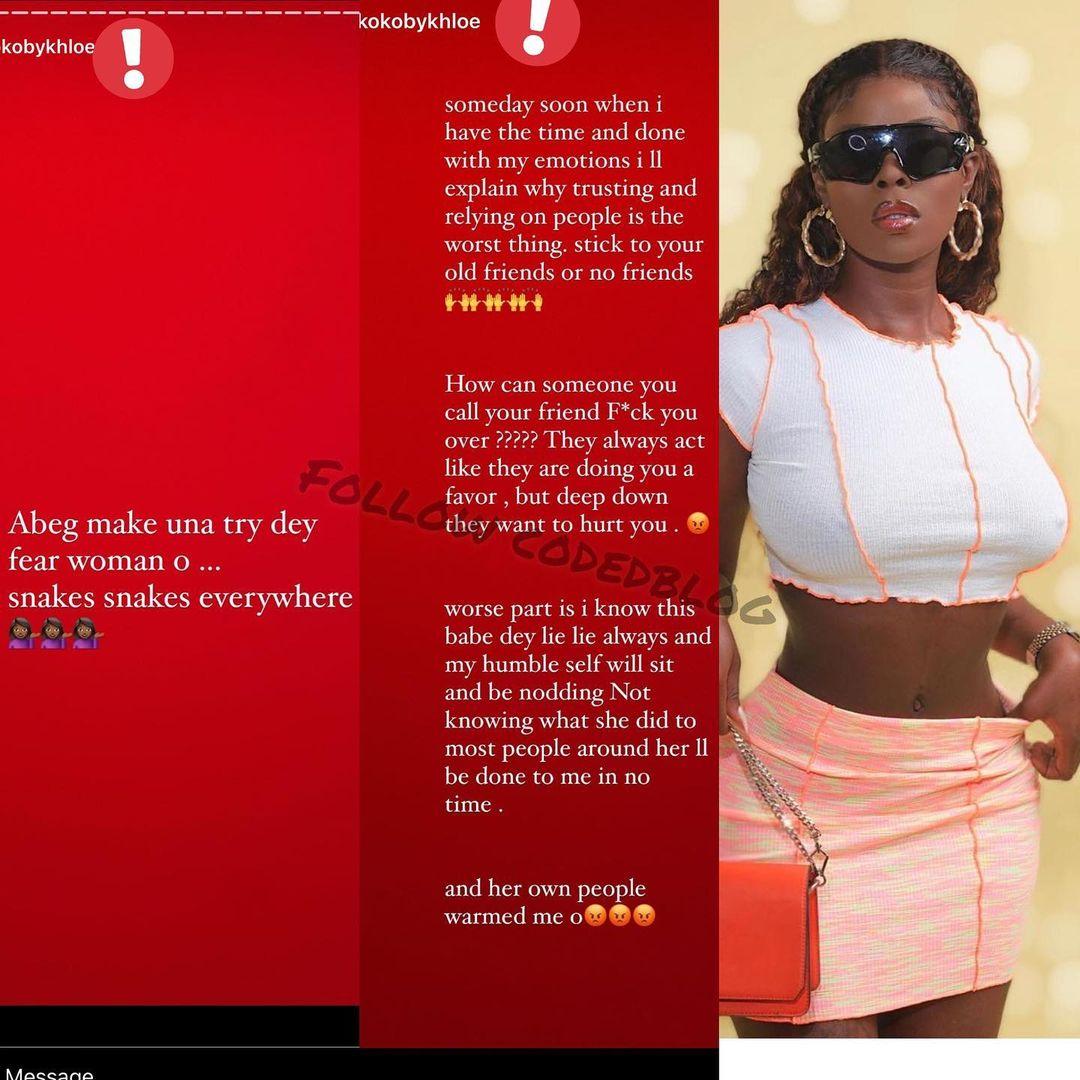