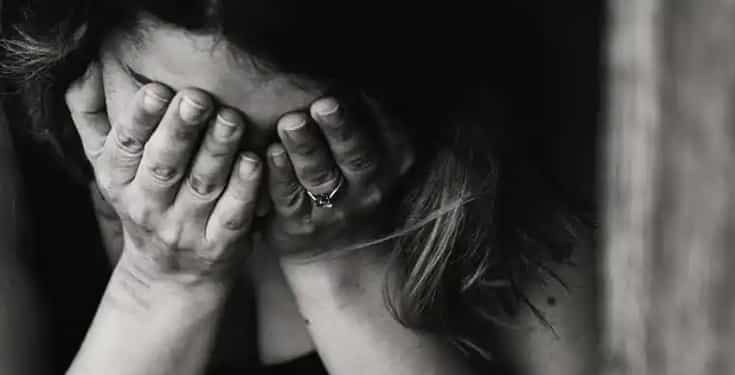 A young lady identified as Jayde has taken to Twitter to speak on sexual abuse and the rate at which men abuse women.

Jayde noted that the world is filled with men who are sexual predators as ‘9 out of 10 men sexually abuse women’.

She revealed this while reacting to the recent report of popular singer, Brymo allegedly raping some girls who came over to his house.

Several ladies had called out the singer on Twitter, accusing him of sexual assault. Brymo however, has absolutely nothing to say about the rape scandal.

In Jayde’s words;
“9 out of 10 guys have sexually abused a lady before”. 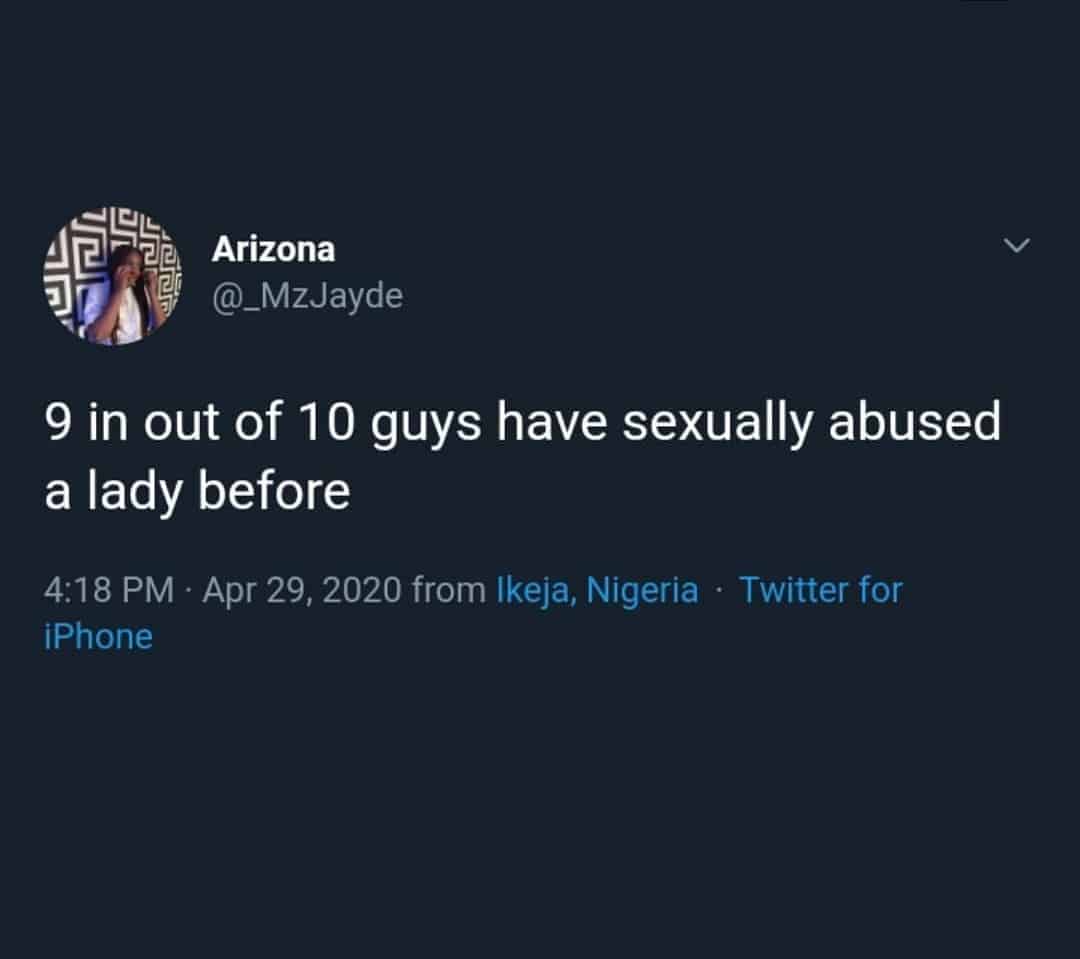