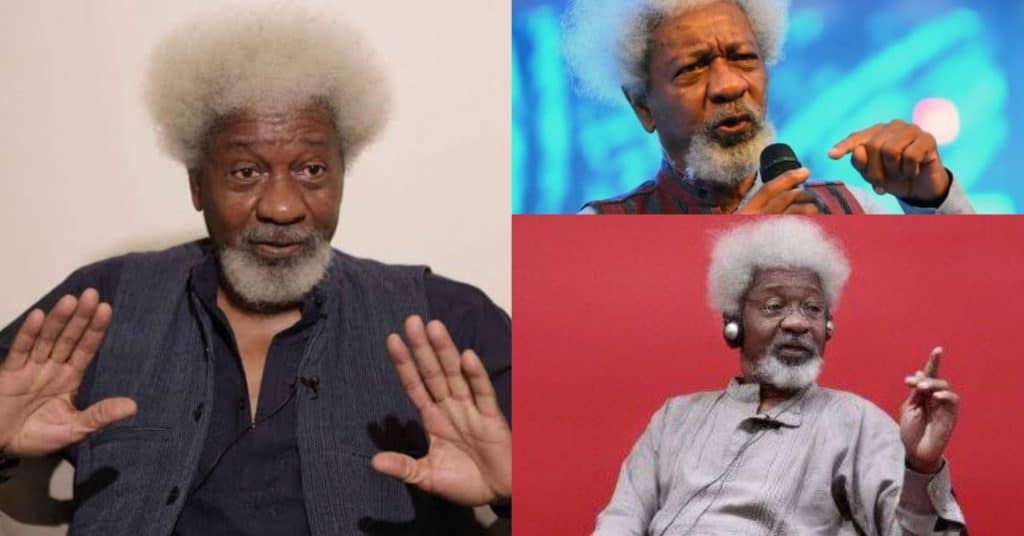 Today, the African literary giant and Nobel laureate, Professor Wole Soyinka adds another year to his awesome reign on earth. Below are seven beautiful facts we discovered about him, which you might not be aware of.

– He has been married three times and divorced twice

His first marriage was in 1958 to the late British writer, Barbara Dixon, whom he met at the University of Leeds in the 1950s. Barbara was the mother of his first son, Olaokun.

His second marriage was in 1963 to Nigerian librarian Olaide Idowu with whom he had three daughters: Moremi, Iyetade (deceased), Peyibomi and a second son, Ilemakin.

He has been married to his third and current wife, Adefolake Soyinka since 1989 and has three children with her. Adefolake is a former student of Soyinka.

– He lost the Oxford Professor of Poetry

Soyinka lost the race to be Oxford’s Professor of poetry to English poet, playwright and novelist, Simon Armitage after he was betrayed by Melvyn Bragg. What the Nobel Laureate missed out on is the second most prestigious poetry position in the UK.

– He fled Nigeria on a motorcycle hounded by Abacha

During the military reign of General Sani Abacha, Wole Soyinka who spoke out against the junta had to flee via the ‘NADECO’ route. Wole Soyinka fled on a motorcycle to preserve his life. General Abacha pronounced a death sentence on him “in absentia”. With civilian rule restored to Nigeria in 1999, Soyinka returned to the nation.

The National Democratic Coalition (NADECO) was formed on May 15, 1994 by a broad coalition of Nigerian democrats, who called on the military government of Sani Abacha to step down in favour of the winner of the June 12, 1993 election, M. K. O. Abiola. The members mostly came from the southwest of the country. They quickly became the symbol of mass resistance against military rule.

– He wrote poems on tissue paper while in prison

While behind bars despite being denied access to pens and paper, he improvised. Soyinka wrote poetry on tissue paper, which was published in a collection titled Poems from Prison. His experiences in prison are recounted in his 1972 book The Man Died: Prison Notes of Wole Soyinka.

– He was a Professor at Obafemi Awolowo University

– He has been named Commander of the Federal Republic of Nigeria

This is a Nigerian honor first established in 1964 people who served and benefited Nigeria. Soyinka was awarded in 1986, the same year he won the Nobel Prize for Literature. The medal was awarded in 1986 by General Ibrahim Babangida, a former military ruler.

On Sunday, July 24, 1994, he threw away his ‘national merit’ medal in Tafawa Balewa Square. He got angry that police halted the march he led for the restoration of democracy, end to military rule and release of Chief MKO Abiola.

– He is not religious although his father was an Anglican minister

His father, Samuel Ayodele Soyinka (whom he called S.A. or “Essay”) was an Anglican minister and headmaster of St. Peters School in Abẹokuta. His mother, Grace Eniola Soyinka, owned a market shop, was active in the women’s movement in her community and also was a practicing Anglican. Soyinka, on the other hand, is an atheist. His beliefs contributed greatly to his writing.