The Yobe State police command has arrested a 66-year-old man, Baba Sahabi, who allegedly defiles little children by luring them Into his compound with chocolates and candies. 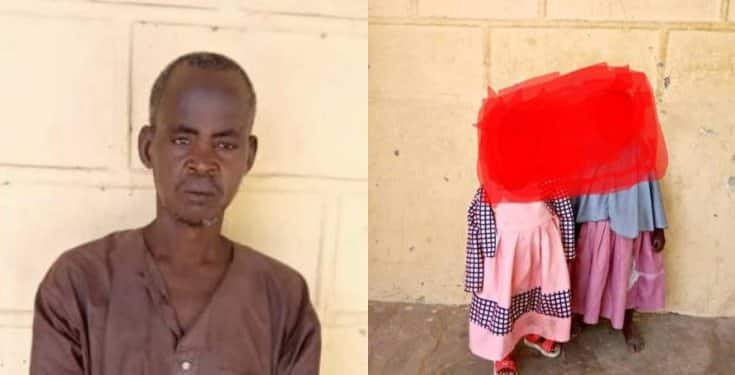 The suspect was arrested after parents noticed the 2-year-old girls expressing pain in their private areas in Daban kare area of Sabon-Gari, Gashu’a.

Sahabi is always buying chocolates daily to use to lure the girls into his compound and sexually abuse several times.

A check on the victims showed that their private parts were severely damaged as a result of repeated assault.

A resident of the area said, “He is always buying chocolates daily to use to lure the girls into his compound.

“The victims who live around his area were sexually abused several times by the randy man. He was said to have been very friendly with children and often offer them sweets.

“Parents of the victims said that they only discovered about the incident after the girls were showing signs of being in pain. A check on their bodies showed that the victims’ private parts were severely damaged as a result of repeated assault.”

Sahabi is currently in police custody at the Gashua Area Command.