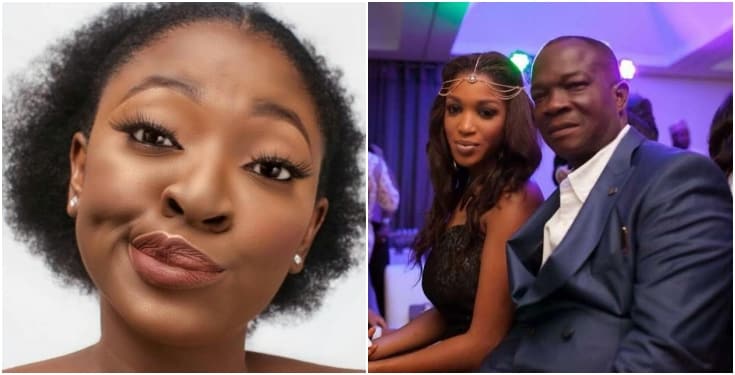 According to the mother of one, she didn’t know the former beauty Queen, before and after her marriage.

Recall we reported that Dabota Lawson in her shade post, which was supposedly meant for Yvonne Jegede who hopped on the Regina Daniels controversy train, had claimed Yvonne made mocked her for getting married to an old billionaire, Prince Sunny Aku, who was 35 years older than her.

However reacting to the call out post, Yvonne Jegede who stated that she is sure she is not the one being talked about because she doesn’t mix with the beauty Queen’s clique, though social media has a way of bringing people together.

I happen to be dragged online by ignorant clowns, for what I know nothing about? lol. I didn’t know about the lady in question (before her marriage and after) neither do I mix with their clique to be caught in a foolish conversations about who I don’t know and never met. Social media has a way of bringing people together. I am certain no be me them dey talk about but feel free to add more followers for me. 1.3M followers in a short while. Thanks to you all.