Onome Onokohwomo (born 8 July 1989), better known by his stage name Yung6ix has shared with his fans and supporters what his net worth would be in the next few years.

Yung6ix took to his Twitter page to reveal the outcome of his meeting with some real estate moguls. 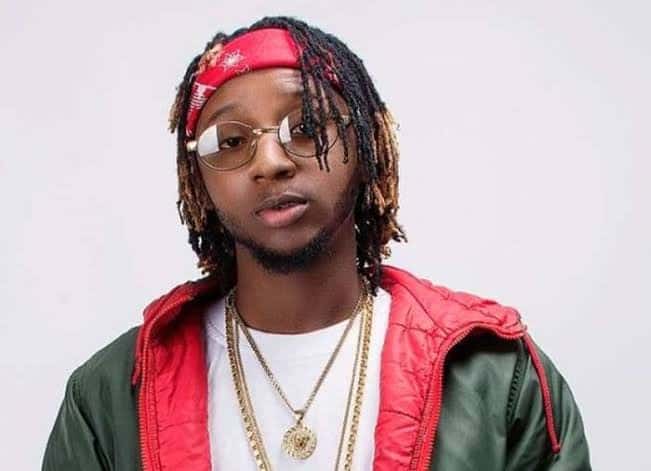 According to him, he was informed by the moguls that his real estate investments will pull his net worth to 10 million dollars which is approximately 3.7 billion naira in the next few years.

The rapper who currently has a net worth of roughly $1.5 million added that he would be disappointed if that would be all if he drops his “Trap Fro” album.

He wrote: “In a meeting with some moguls, they say my real estate investments will push my net worth/music to $10,000,000 in a few years, I’m going to be disappointed if that’s all it is after I drop “Trap Fro” Official album. #Honestlyspeaking” 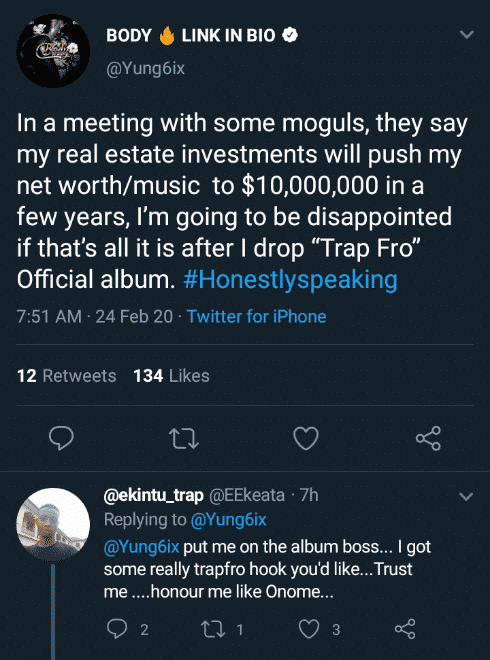