Actress Mary Remy Njoku has stood in defense for BBNaija’s Angel after receiving severe criticisms for flaunting her saggy breasts without a bra on live Tv. 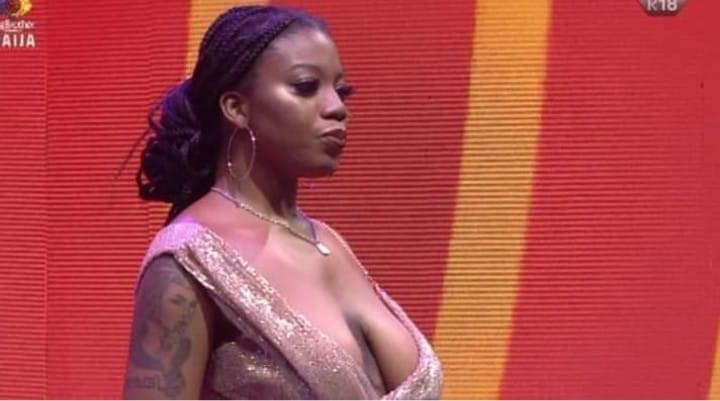 Angel was the first female housemate introduced into the Big Brother house and has also caused an uproar as many have stepped out to criticize and as well defend her for entering into a reality show braless.

In defense, the Actress asserted that if the size of a man’s dick is visible like that of a woman’s boobs, the world would be a better place. 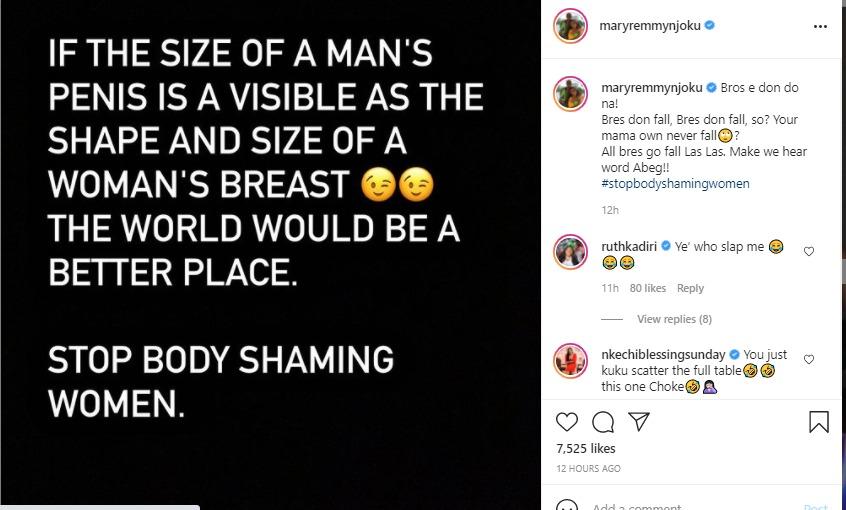