Fans express their kind love as they shower prayers on BBNaija Sammie as he reveals what he is going through after the season’s ending. 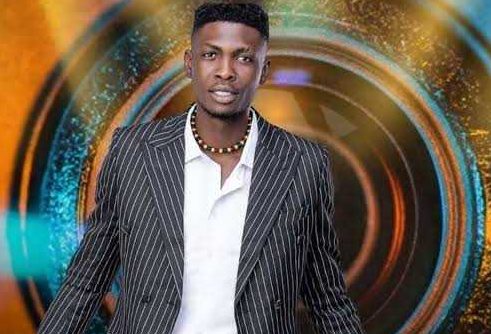 Fans and followers of the Ex-Big Brother Naija season six, Shine Ya Eye housemate, Sammie Jacob have taken to social media to shower prayers on him as he reveals what he is passing through.

Just recently, Sammie took to the micro-blogging platform, Twitter, being grateful, he stated that he is just moving and living on God, his team and his fans.

The reality star claimed if he had the favours or knew anyone in the industry before he got into Big Brother Naija, things would have been better and easier for him.

He further stated how difficult it is to relate with people to get things done for him, no thanks to his non-sociable personality

“If I had some kind of favour or knew anyone in the industry b4 I got into BBN maybe things would be a lot easier for me but I have to really go out of my non-sociable personality to link some people to help me get stuffs done. everything about the industry is still new to me. I am just moving and living on God, my teams and my fans. Grateful” He said Expressing concern, his fans took to the comment section as they prayed to God on Sammie’s behalf and urged him to take heart. Take a look at some of the comments below;

chimz: iI feel you Sammy…it only gets better

babsneh001: Fact tho if not for BBN I don’t know sammie before but I love him

thatsophiagirl_: May God help you. So many struggles I’m currently facing is because I don’t know or have anyone. I have to figure things out on my own. It’s exhausting, but what can we do? God go run am Sammy

teeto__olayeni: God I pray on this day that Sammie gets all the help and support he needs to become a better person very soon

farfrombasic__biish: Your helpers will locate you IJN

lulusmooth: Bbn is for people that knows people