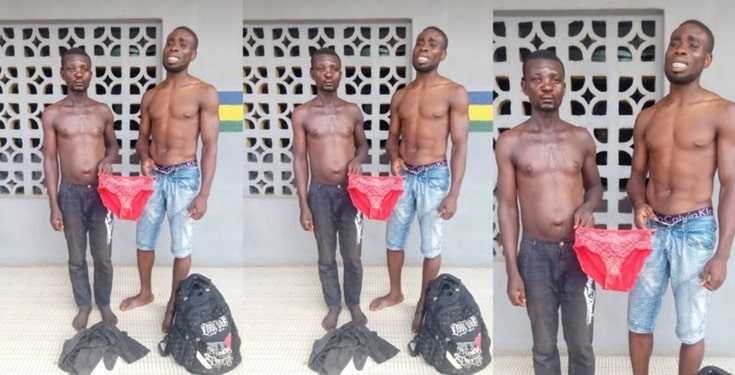 The police in Lagos arrested two of the suspects – Friday Emmanuel and Obiora Nwabueze – in the Mile 2 area of the state.

The state police spokesperson, DSP Bala Elkana, in a statement on Wednesday, said the suspects were arrested after they had a disagreement over the pants. 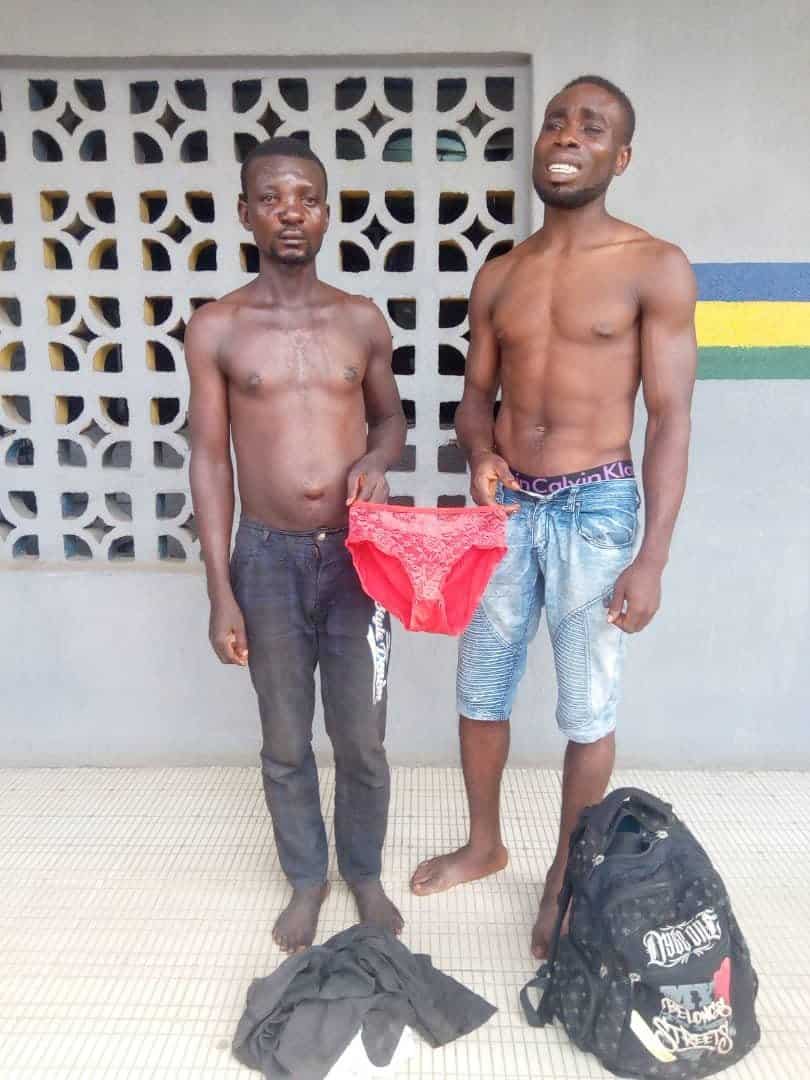 He said, “Operatives of the Lagos State Police Command, Satellite division, on Saturday, April 20, 2019, arrested two suspects who gave their names as Friday Emmanuel, 21; and Obiora Nwabueze, 29, at the Mile 2 under bridge while at each other’s throats. Both suspects were arrested after they engaged each other in fisticuffs following the failure of one of the parties to keep to the terms of agreement regarding the stealing of the pants.

“According to Emmanuel, Nwabueze asked him to steal used female pants for a fee of N30,000. However, after he had successfully accomplished the task, Nwabueze reneged on his promise and forcefully attempted to take the pants from him, which led to an exchange of blows.

“During interrogation, the said Emmanuel regretted listening to his friend, who he claimed pestered him to get the female underwear he (Nwabueze) desperately needed to become rich.”

Elkana said the two suspects had been arraigned before a magistrates’ court for conspiracy and stealing.

The police in Ogun said a teenager, Tasiu Shaibu, was arrested for stealing a pair of pants belonging to one Miss Taiwo Oladipupo.

The suspect was alleged to have removed the pants from the line where it was spread to dry and put it in his pocket.

The scream of Oladipupo’s parents, was said to have attracted neighbours, who caught the suspect, collected the pants and handed him over to the police.

He was arraigned on Wednesday before a magistrate’s court in Isabo Abeokuta.

The police prosecutor, Inspector Olu-Balogun Lawrence, told the court that the defendant committed the offence on December 20, 2018 around 1.30pm on Baase-Owe compound, Oke-Iro, in the Abeokuta North Local Government Area of the state.

The prosecutor said, “The offence is contrary to and punishable under Section 390(9) of the Criminal Laws of Ogun State, 2006.”

The defendant pleaded not guilty to the one count of stealing.

The Magistrate, Olakulehin Oke, granted him bail in the sum of N50,000 with one surety in like sum.

Oke said the surety must reside within the court’s jurisdiction and must show evidence of tax payment to the state government.