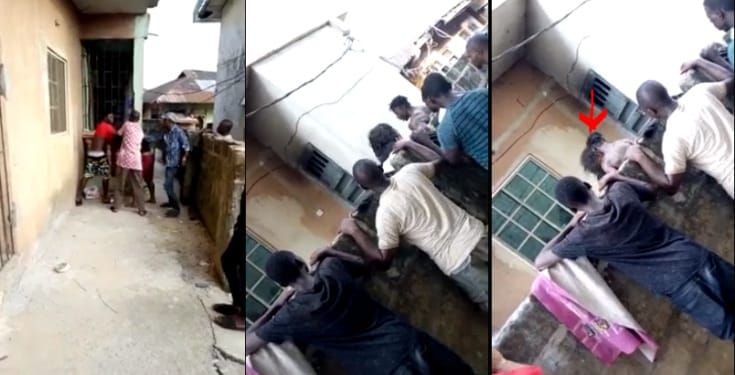 A chaotic moment was recorded as a young man and his girlfriend clashed yesterday in public in Delta state.

It was gathered that the young man simply identified by his nickname ‘Shockey’, had a disagreement with his girlfriend and hence, decided to teach her a lesson by beating her in public in Sapele area.

A baying crowd of residents and passersby gathered at the scene as they tried to intervene in the matter between the couple and also stop the guy from further beating his girlfriend.

Internet users have reacted to the unfortunate incident – with many blasting the guy for deciding to ‘wash his dirty linen in public’.

Watch the videos below.