Nigerian Grammy award winner, Burna Boy, has told Ghanaian artiste Shatta Wale, to prepare for a fist fight because he knows he will be singing ‘rubbish’ if they duo meet for a freestyle battle. 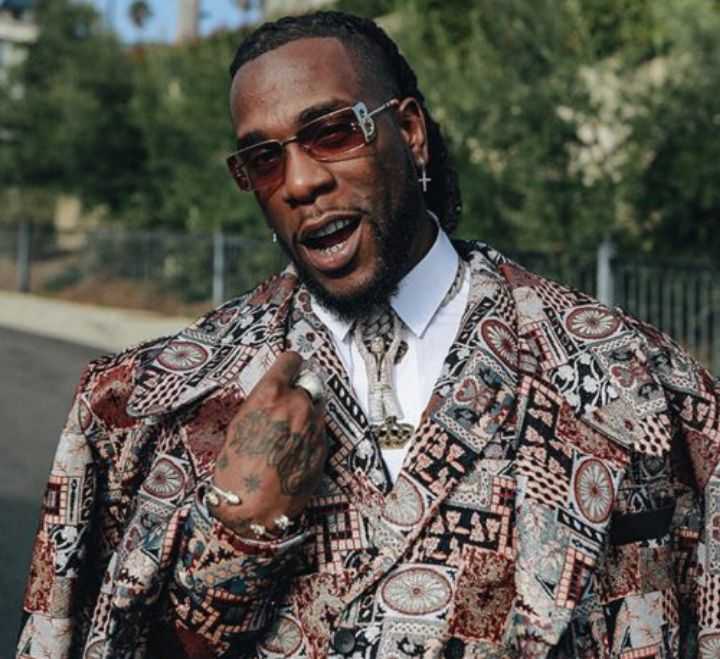 Burna Boy’s clash with Shatta Wale began after the latter called out Nigerian artistes for not supporting his country’s music and musicians despite the love they get from Ghana.

In reaction, Burna Boy noted that he smells something fishy in Shatta Wale’s opinion. 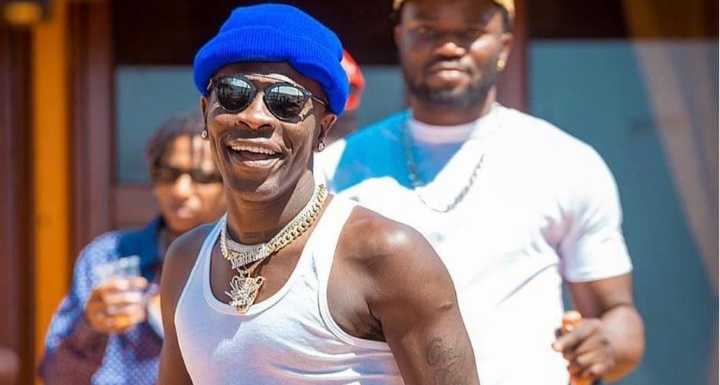 More so, the Grammy winner took to social media to tell Shatta Wale that he wants a one-on-one with him to prove to him that he is just a ‘little’ boy in the music game.

In a swift reaction, Shatta Wale, who understood Burna Boy’s words to mean a freestyle battle, quickly responded saying, “Oh @burnaboy says he want a 1 on 1 ..ok let’s do this Accra sports stadium ..I just call shotsCollision symbolCollision symbol…If you be man !!!! Don’t come sing your song let’s do freestyle !!! Ghana – Nigeria … Am fucken ready for this.” 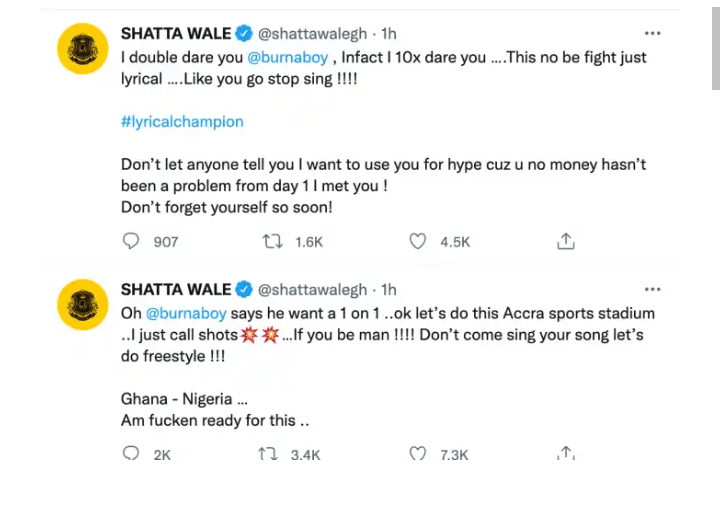 Here comes when Burna took a swipe at the artiste, telling him to prepare for a fist battle instead because he knows he is planning on singing ‘rubbish’.

Buran Boy wrote, “This guy thinks i have time. @shattawalenima, this ain’t 8mile! no be rap battle. Its a fist battle. The type real men do. We can do it anywhere u want. Behind closed doors or in stadium for the world to see. Stop acting like you don’t know i’ve been trynna set this up since january last year. Consider this an easy way out for you. Cuz i could easily make your life a living hell anywhere you go outside ghana. You know i got more money than all your godfathers combined.

“F****l wants to come and sing rubbish. i’m trynna see ur teeth and bl***d on the floor boy. you talking about singing. joker.” 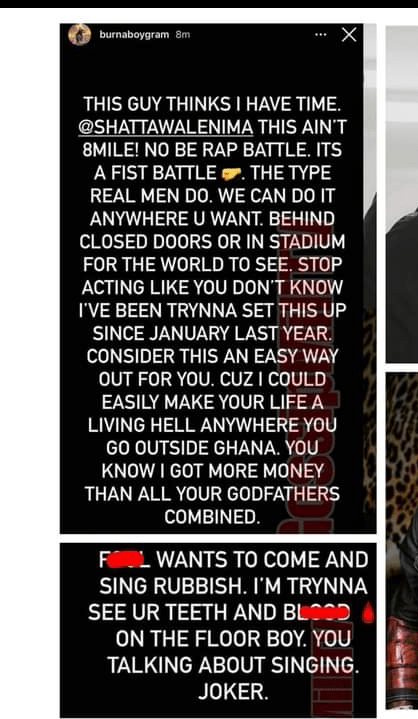