Home Entertainment News You lied to me just to sleep with me – Lady calls...

A lady identified as Adewale spicy has called out Broda Shaggi for allegedly taking advantage of her and dumping her.

This is coming shortly after the comedian issued a notice claiming to be a virgin and stating that he would only sleep with a woman after marriage.

Spicy, while calling out the comedian, alleged that he slept with her severally and stopped picking her calls after meeting other women.

“Dating someone like shaggi is on unexplainable…. why would you lie to me that you love me just to get under my pan.ts…. and here you’re lying to people that you’re still a virgin who does that,

we had s*x almost all the time and still request for an@l s*x and I gave it to you, here you are lying to people that you’re still a virgin, who? I have prove and the video I made. I go choke you. 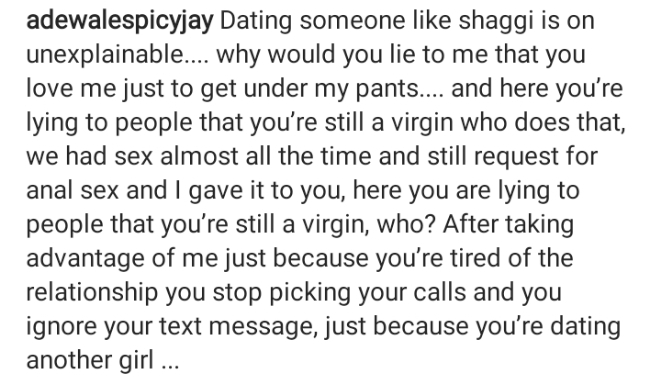 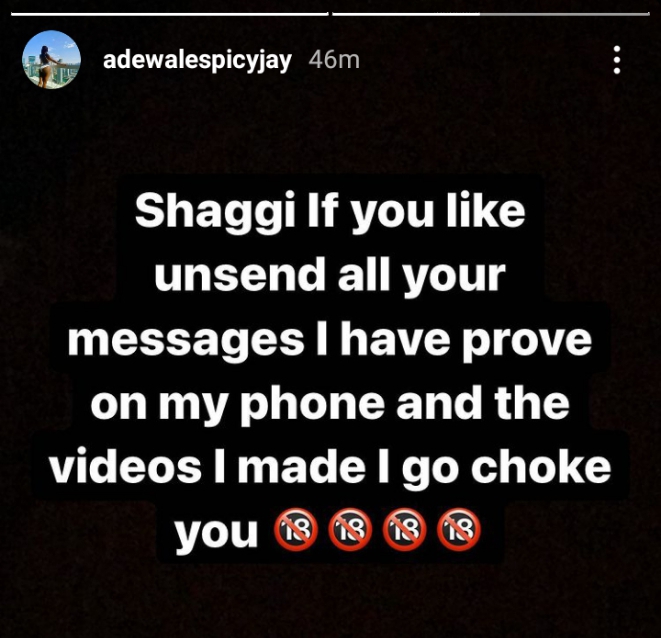