Noble Igwe has described the act of children sending money to their aged parents as the biggest scam ever invented. 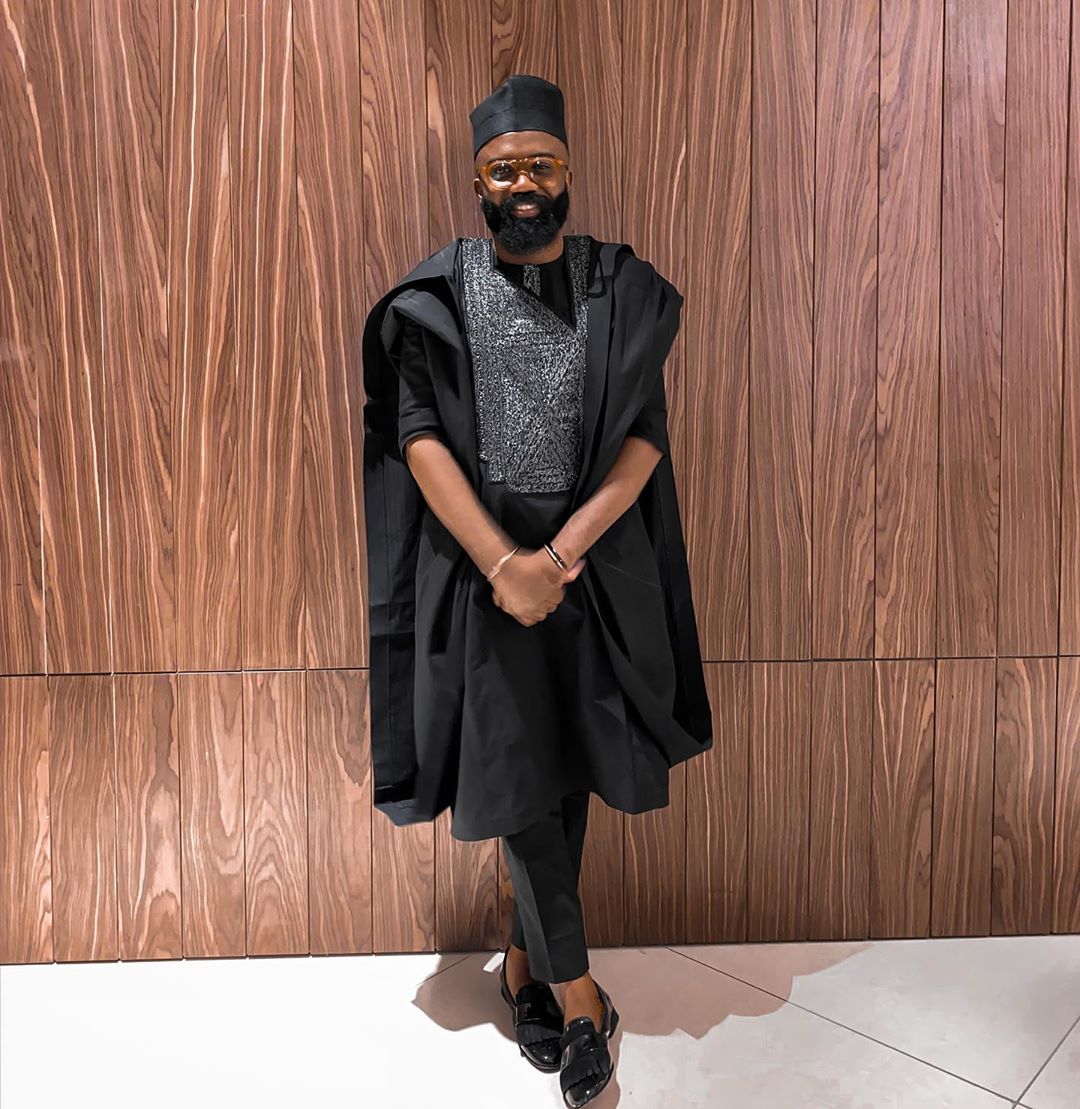 The media personality insisted that children do not owe their parents anything as they should have prepared for old age. He also urged parents to stop putting their children under pressure by always taking from them.

“The biggest scam ever invented by parents was / is making their children send them money in their own age.

I repeat, you don’t owe your parents anything. They were here before you and should have prepared for old age. Parents are always taking and taking. Stop the pressure!” 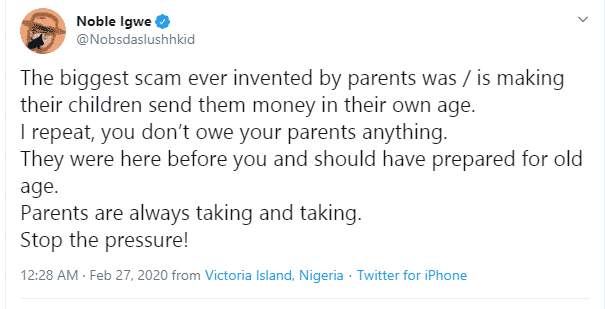