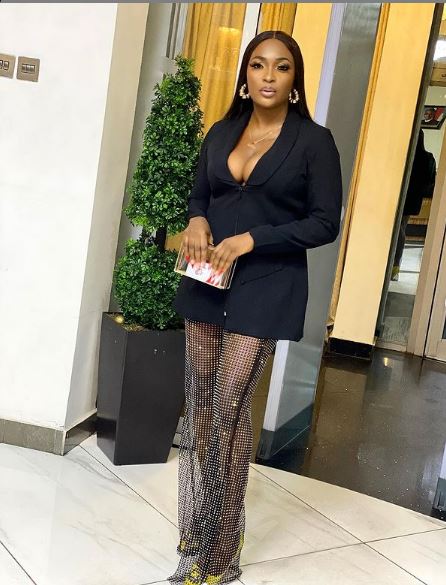 The popular blogger, Tunde Ednut had recently conducted an interview with Tega’s hubby, where he expressed how broken and disappointed he is due to the actions displayed by his wife in the BBNaija house.

Reacting to this, Blessing CEO as she is popularly known, surfaced to chide Tega’s husband for granting a public interview. According to her, he once cheated on Tega, but she never said anything about it, but now things have gone the other way round, he has publicly surfaced to criticize her. 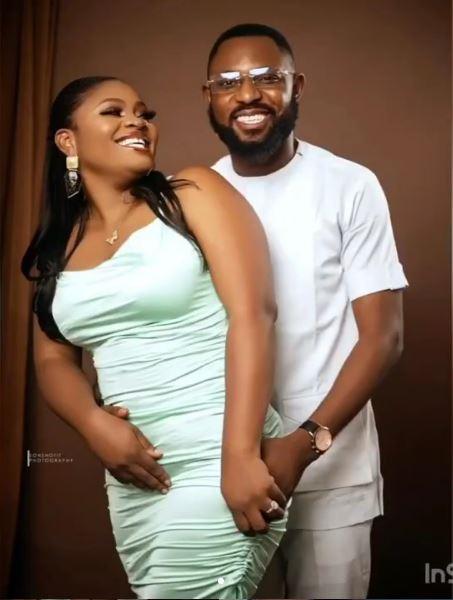 The relationship expert further stated that he owes nobody an interview, rather he ought to have a one-on-one conversation with his wife and stand by her amid intense backlashes she’s currently receiving from netizens.

“What a real MAN will do is go to that multichoice house and demand for his wife…………
She owe you an explanation, you don’t owe anybody an interview .
It’s called protection .
These animals will feed on you, they don’t care about you.
Your wife protected you when u cheated too, protect her now she needs you.
Too many packaged men ..” 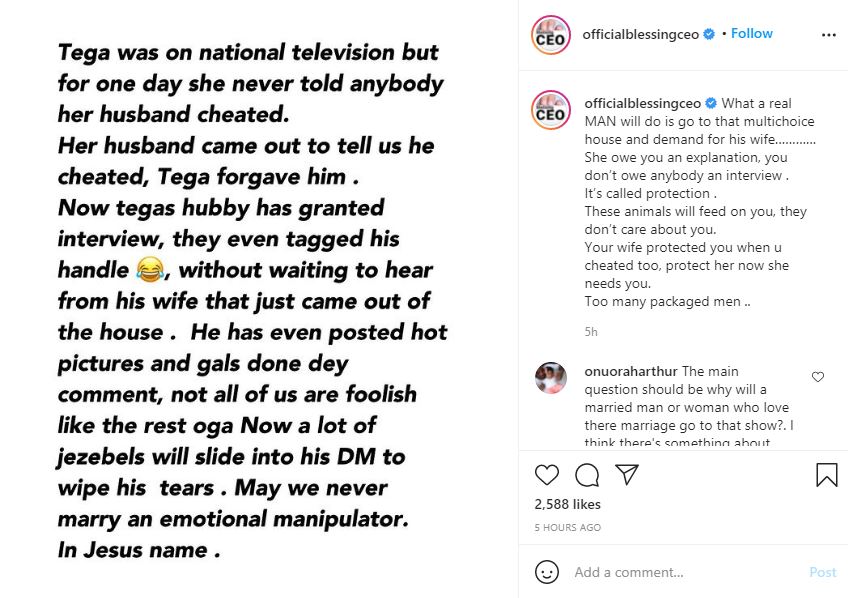