Shatta Wale has finally put an end to his long-running spat with Nigerians, which started only minutes after his Freedom Wave Concert drew a gargantuan crowd at the Accra Sports Stadium. 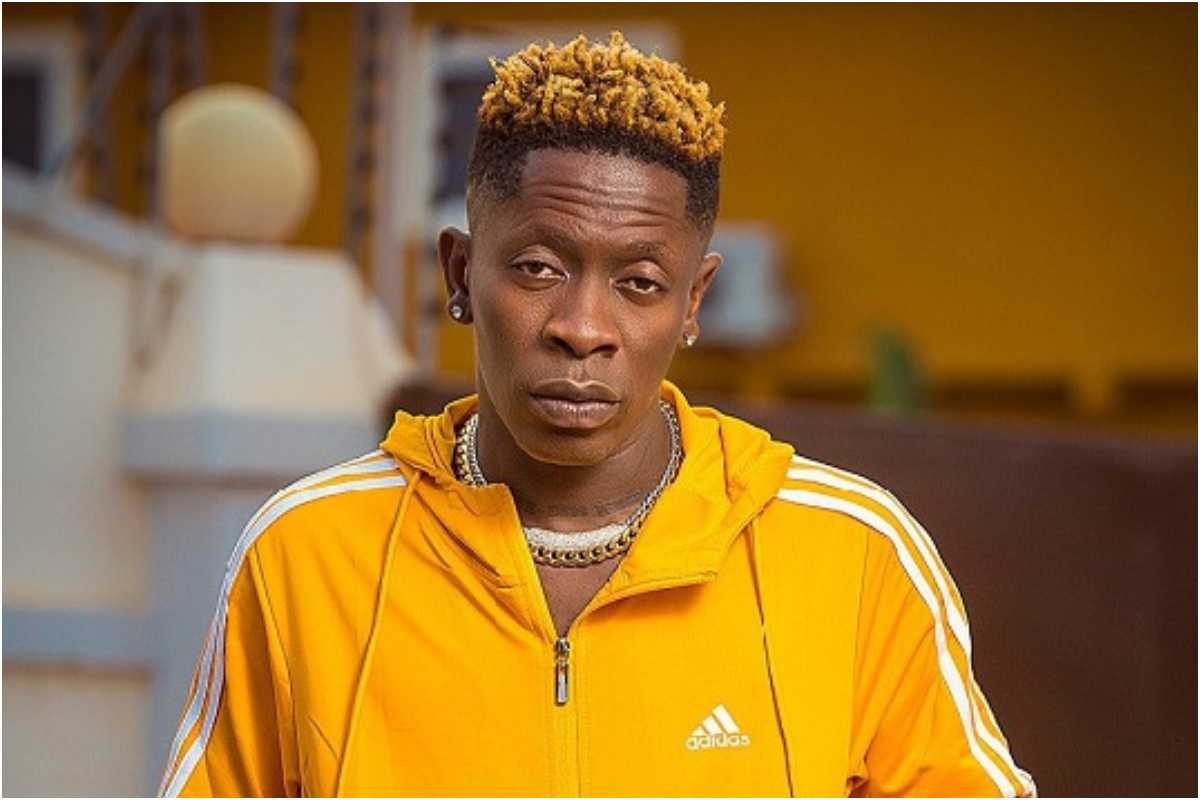 In a recent development, he stated that he is pleased with the attention he has received from Nigerians since he criticized their musicians and music industry stakeholders for failing to return the tremendous love Ghanaians have for their artists.

In a subsequent tweet, he affirmed his admiration for Nigerians and urged that Sarkodie, KiDi, Kuame Eugene, Stonebwoy, and Kuame Eugene be included in their shows as well. He stated that he should be counted out because they can’t pay him.
He tweeted:

“Anyway thanx to all Nigerians for this media tour ..it was worth it ????? Your comments are overwhelming ..I love you guys but try and host one ghana artiste in nigeria ..count me out cuz u can’t pay me … Let sarkodie ,Stonebwoy ,KiDi ,Kwame eugene headline your shows too” 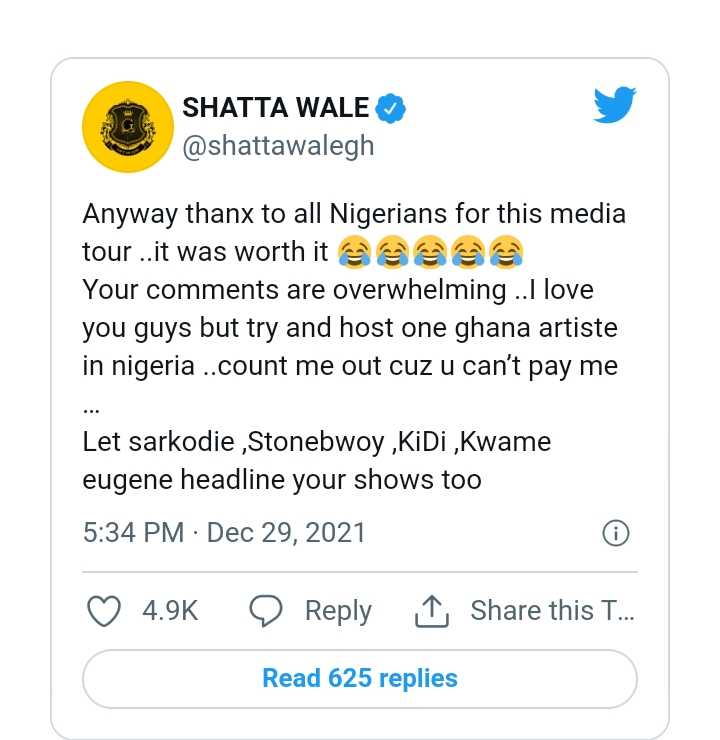