Popular Nigerian pastor and founder of Living Faith Church, David Oyedepo, via his Twitter account has stated that anyone who doesn’t pay tithe is “under a financial curse” and can never prosper. 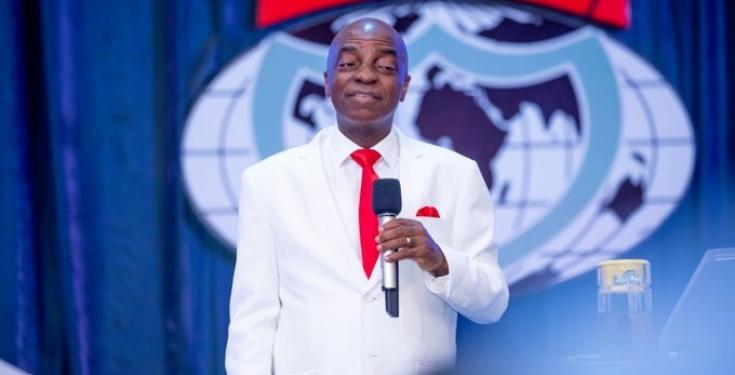 According to the cleric in his message ‘Breaking Limits’, wealth and prosperity is impossible without tithing. Read as he tweeted below…

“Tithing is an inescapable covenant obligation. Prosperity not just wealth is impossible without tithing, because when you’re not paying your tithe, you’re under a financial curse. #Tithe #Breakinglimits.” 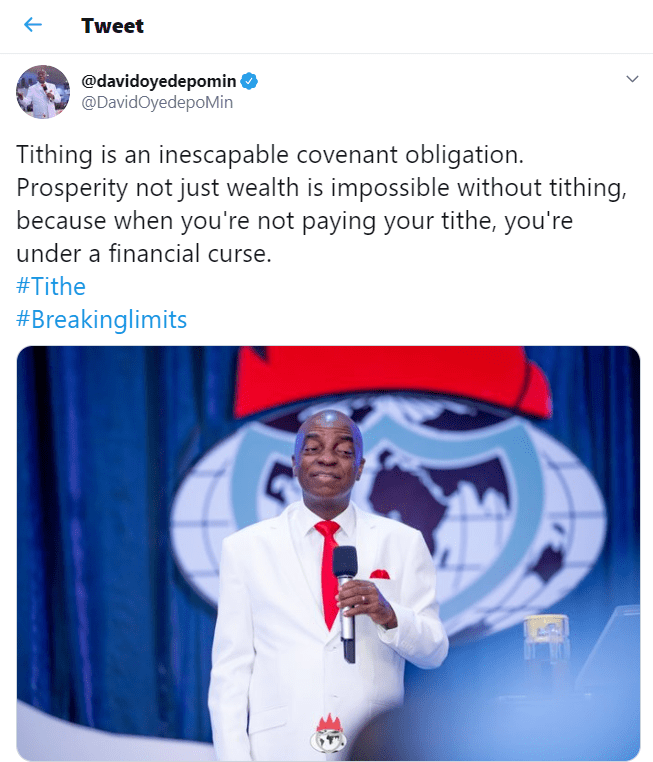 Recall that sometime last year, Oyedepo was under attack for saying Job in the Bible suffered persecution because he did not pay tithe.