Nollywood actress Tonto Dikeh has replied to a lady who accused her of using her failed marriage with Olakunle Churchill to judge men and misled other women. 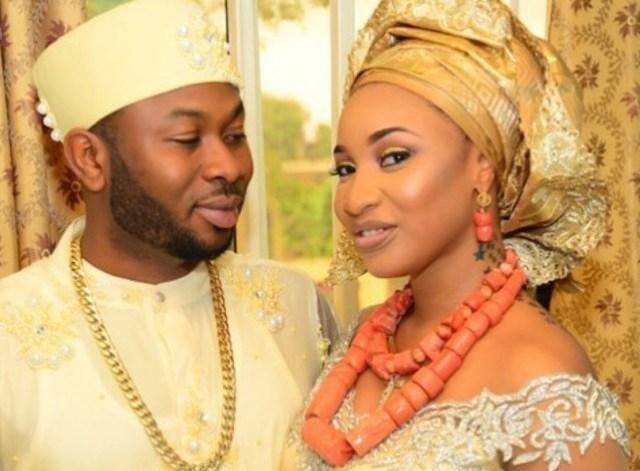 Beneath Tonto’s Instagram post, a user identified as Louchee had reacted after Tonto praised her new husband for being the Head of her family and playing a fatherly role to her son.

The lady however accused Tonto of admitting that she needs a man as the head in her life and also for leading astray many women.

Reacting to this, Tonto Dikeh had said that the woman is speaking gibberish as she puts up a defense.

Check out the conversation below:

The Instagram user wrote: Tonto dear, you can see for yourself that you don’t need to mislead other young women with the issues around your former marriage…Now you are openly admitting that a man is your head and your son needs a father figure in his life.

So what happened to the ideology you have been selling to other women? If you know how many women that you pushed into sadness Tonto, you should’ve first of all started with an apology.

You have just revealed that being alone is not healthy at all. I’m yet to understand why a lot of women condemn men and relationships once a particular one did not favor them.

That’s why I agreed with Toke a wise woman. Now, this is a food of thought for other women, When a bitter woman comes on social media to get mad over her failed relationship or marriage, just ignore her, don’t let it put fears in you and continue to wish yourself the best”.

Tonto Dikeh wrote: Aunty you are talking in the nonsense. Teaching women how to speak for themselves and preaching domestic violence is wrong…. how do you relate that and what you are speaking biko nu. Apologies my ass, how you interpret what I say is your goddam business ma’am. 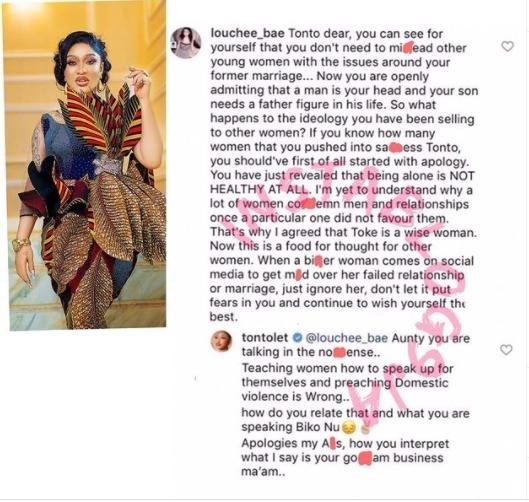