Nollywood actor, Yul Edochie has been dragged mercilessly over his recent comment about first wife, May Edochie.

The father of five in a recent post which he shared via his official Instagram page, referred to his first wife as the ‘undisputed number 1″ This comment did not go down well with some Nigerians in the comment section who dragged him to filth for applauded someone whom he openly disrespected.

Recall, Yul Edochie revealed yesterday to the surprise of everyone including his wife, that he has a son with Nollywood actress, Judy Austin, whom he referred to as his second wife. 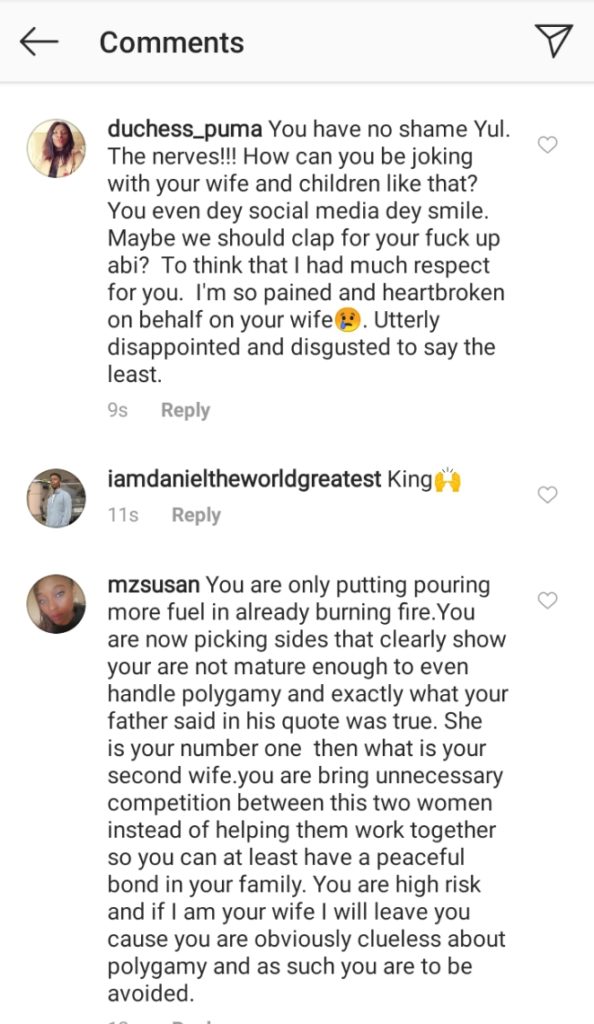