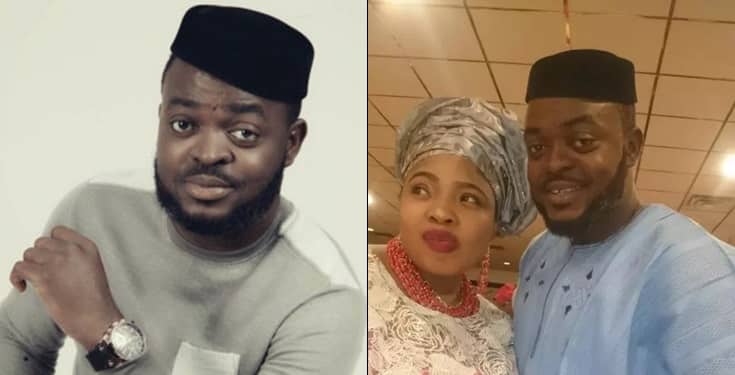 Ace actor and movie producer, Yomi Gold, received a lot of backlash from his fans recently after a rumour about him being divorced went viral. Despite the insults hurled on him, he initially refused to comment on the speculation.

In a chat with Saturday Beats, he stressed that having rumours peddling about him is part of the price he has to pay for being in the limelight.

“Of what good would it be to people if they can’t allow me to be the ‘driver’ of my own car (sic)? Why should they behave like they are perfect? Anything can happen. The society is quick to judge when they are not the one wearing the shoes. I decided not to talk about it because I own my life. The most important thing is for me is to be alive. If anything bad should happen, I would be on my own. I don’t owe anybody an explanation; I just want to live my life. As time goes on, people will see for themselves.

“Leaving a marriage that is not working is more honourable than making a mess of it. If people know what really happened I don’t know what they would be saying. I don’t need it for publicity; I am a very shy person and a gentleman. I know I am a good man. I don’t think I need to go on social media to talk about anything,” he said.

The actor, who recently celebrated his birthday, noted that he makes conscious efforts to always ignore negative comments about him on social media.

“I am grateful for life and for everything I have accomplished. God has made me excel and succeed in whatever I do. I am very passionate about what I do; I am grateful to my loyal fans, they are always there for me. The most important thing about life is to keep going. I am conscious of protecting my name and having more friends than enemies.

“When people talk about me online, one of the best things I do is not to react or ignite the fire; I move on. I am just like every other person; the only difference is that I am a celebrity and I don’t allow it to get to me. The most important thing is to be happy, if we deny ourselves of it, we have denied ourselves of our birthright,” he added.