The 51 year old Tungba gospel star, welcomed the triplets, two boys and a girl with his wife, Temitope in July, in a hospital in Maryland, United States of America.

Yinka Ayefele’s marriage was childless for 25 years before the arrival of the set of triplets.

According to the artiste, who had an accident that resulted in a wheelchair confinement 22 years ago, there was no child in his marriage to Titilope and he never had any outside wedlock.

Well, the triplets are about three months old now and they are so adorable!

See them in this viral picture with Oonirisa In-laws, the Jimohs last weekend. 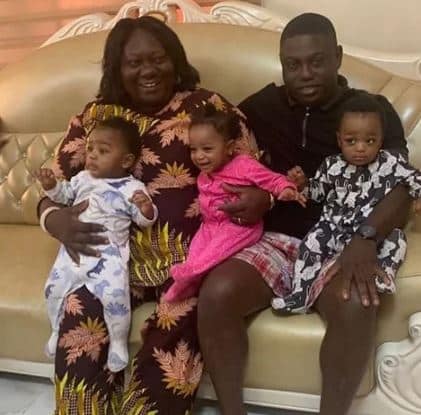