Controversial Nigerian journalist, Kiki Mordi has opined that having multiple partners should be a welcomed idea especially when safe sex is practiced. 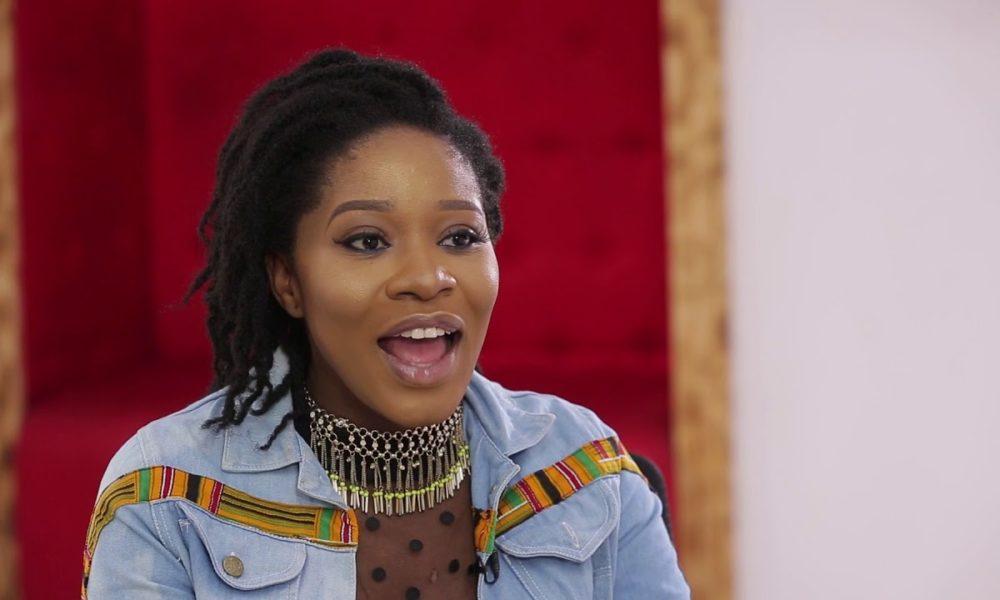 Kiki made the statement in response to a questionnaire on Twitter about “what feels like shame, but people shouldn’t be ashamed of.”

In response, she wrote;

“As long as you’re practicing safe sex and not lying to anyone, I don’t see why anyone (women especially) should feel ashamed of it.

“Lmao you can all stop deceiving yourselves. If you’re single, safe and having consensual sex often, you have nothing to be ashamed of. The tweet didn’t say you must engage in it, but if you do, you haven’t committed a crime. There’s nothing radical about this.

Mordi further noted that “Apparently only women get diseases from multiple sex partners and not men. Seen.

“People already have multiple sex partners. You just want women to be ashamed!Side note: All of this shame you’re associating around STIs is the reason people don’t go to get theirs treated. Imagining thinking sex is the only way to get infections.” 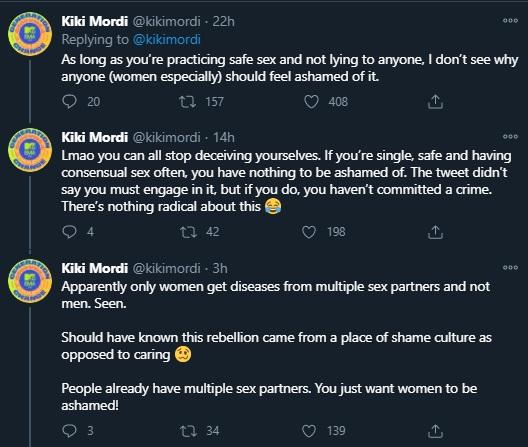 “Not all success comes from hardwork, some are by chance” — Lawyer Adetola