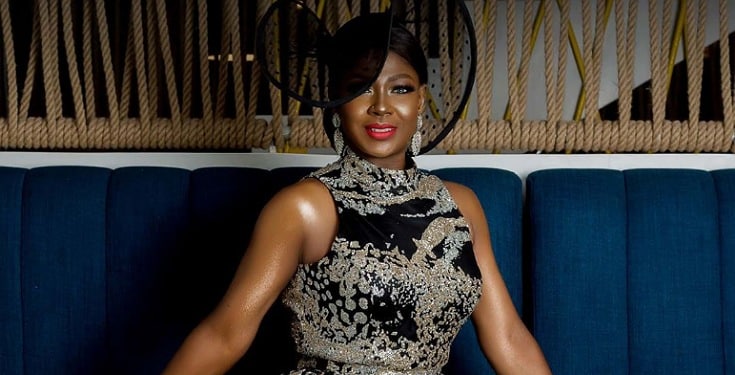 Nollywood actress, Susan Peters recently shared a cryptic image on her Instagram page, soliciting that women should be allowed to marry two husbands, well, in case something bad happens to one.

The Idoma, Benue State movie star added that she’s only asking for a friend if ‘life would be better on earth if such wishful thinking is allowed.

She shared the photo below and allowed her fans to decide their stand. 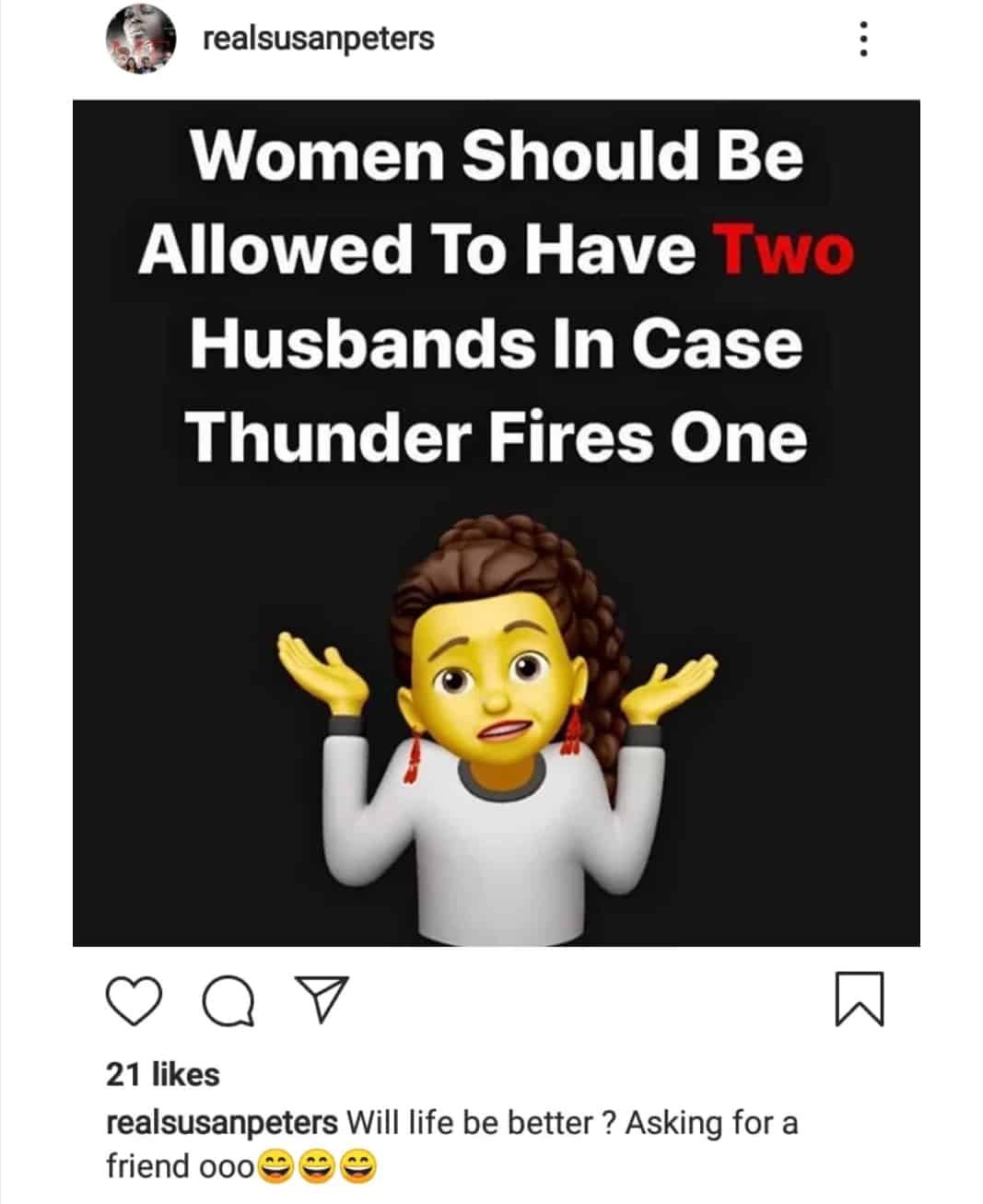 It is no longer news that Ms Peters marriage to a Dutch husband, Dr. Croon has allegedly packed up few years after it was contracted.

The actress and Dr. Croon, had their traditional marriage on October 26, 2015