Home Viral News Woman who claimed husband wanted to use her for rituals is a... 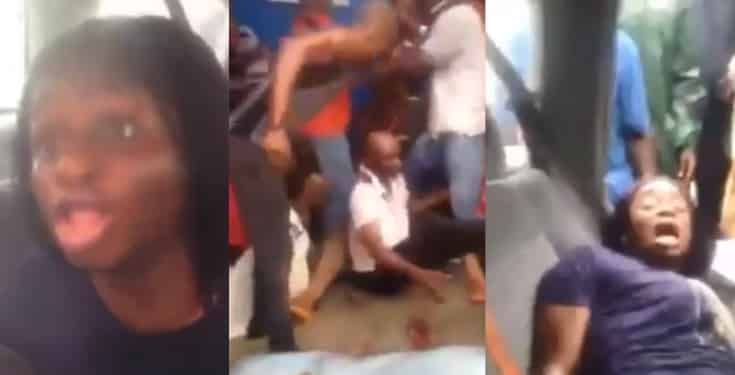 It appears all is not as it seems regarding the trending story of a woman who claimed her husband wanted to use her for rituals after she was found tied up at the back of an SUV.

In the video shared online, the woman is seen with her arms tied behind her back while her child is seen crying in the passenger’s seat.

The woman claimed her husband has used two of their kids for rituals and he was trying to do the same to her and their last child.

She said: “My husband and his friend were on their way to use us for money rituals before we were rescued in Surulere, Lagos.”

The husband and his friend, who was in the car with them, were beaten up by passersby after they heard the woman’s story.

However, a LIB reader who claims to be close to the situation said the woman has a mental illness and was being taken to the Psychiatric hospital in Yaba after she had a relapse.

The husband was reportedly interrogated at the Itire Police Station and was released when the police were convinced no crime had been committed.

The woman is reportedly now at the Lagos University Teaching Hospital, LUTH, receiving treatment for her mental ailment while the husband is also in the same hospital receiving treatment after he suffered an eyelid laceration while being battered by passersby who thought he was a ritualist.

Read the reports made by the LIB reader below; 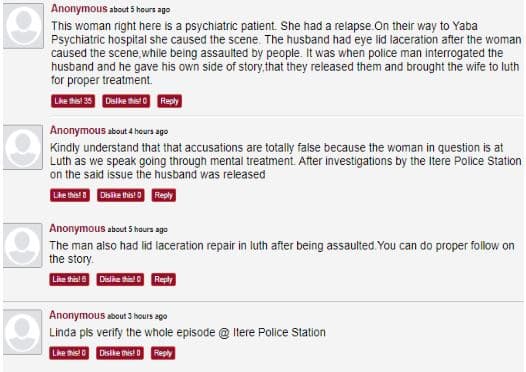