Twitter user, Iganya has narrated how a woman testified in church about stealing someone else’s bracelet which she saw on the floor.

According to the testimony, the lady said she lost her bracelet and luckily enough, she found another bracelet which she picked and turned to hers. 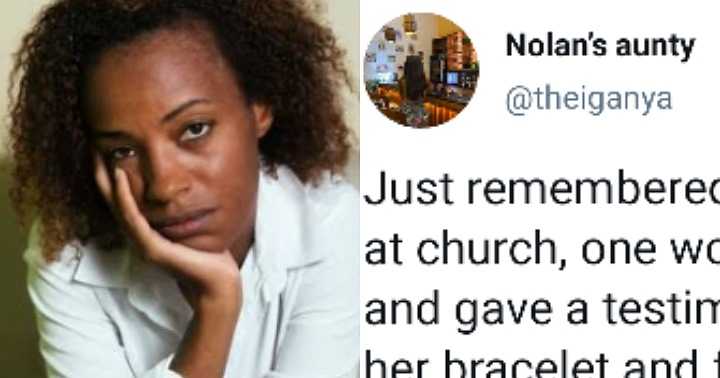 However, while she was giving her testimony, the pastor quickly cut off her mic.

“Just remembered that on Sunday at church, one woman came out and gave a testimony that she lost her bracelet and found another on the floor and picked it cos she’s been believing God for a transfer of wealth.

Anyways, they cut off her mic. Glad they did cos that’s a thief.” 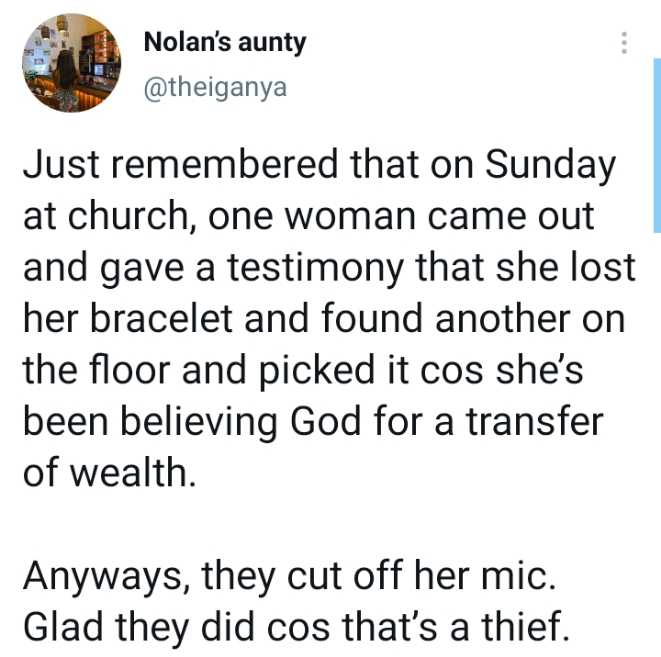 Toke Makinwa reacts as Twitter user calls her out for not giving ‘shout out...