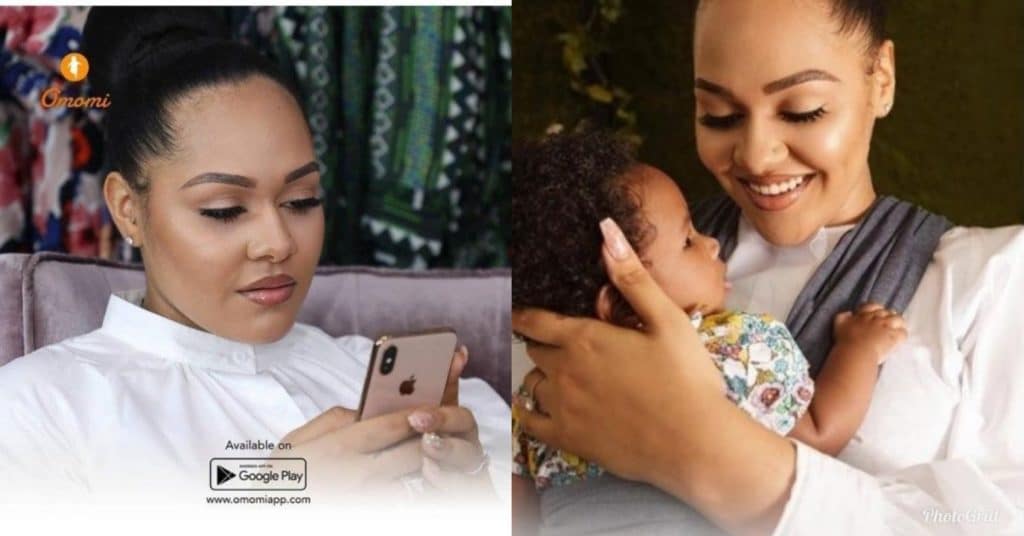 Tania, former girlfriend of superstar singer Wizkid who recently welcomed a baby, is the new face for ‘Omomi’ brand ambassador.

Sharing photos and the news, she wrote;

“Say Hello to the newest Brand Ambassadors in town � @naomadagency is proud to announce the partnership between @omomi_ng (Omomi App) and Tania Omotayo. Omomi is excited to work with Tania because she embodies what Omomi stands for, which is growing a healthy society of moms and their children.”

“Aside from being a mom herself, Tania is an accomplished, award-winning entrepreneur who is redefining fashion in Nigeria. We are also delighted to work with Tania because as a mom herself, Tania is well aware of the importance of having a support system of fellow moms to navigate the challenges of motherhood. Tania also knows the importance of having convenient and accessible healthcare.”

“As an Omomi Ambassador, Tania will champion conversations on maternal and child health, as well as interact with mothers like herself to help them find answers to their health questions from medical experts on the app.”