Recall that Wizkid shut down the 02 Arena in London last night, the same time the Headies event was ongoing in Lagos, and this did not go unnoticed. 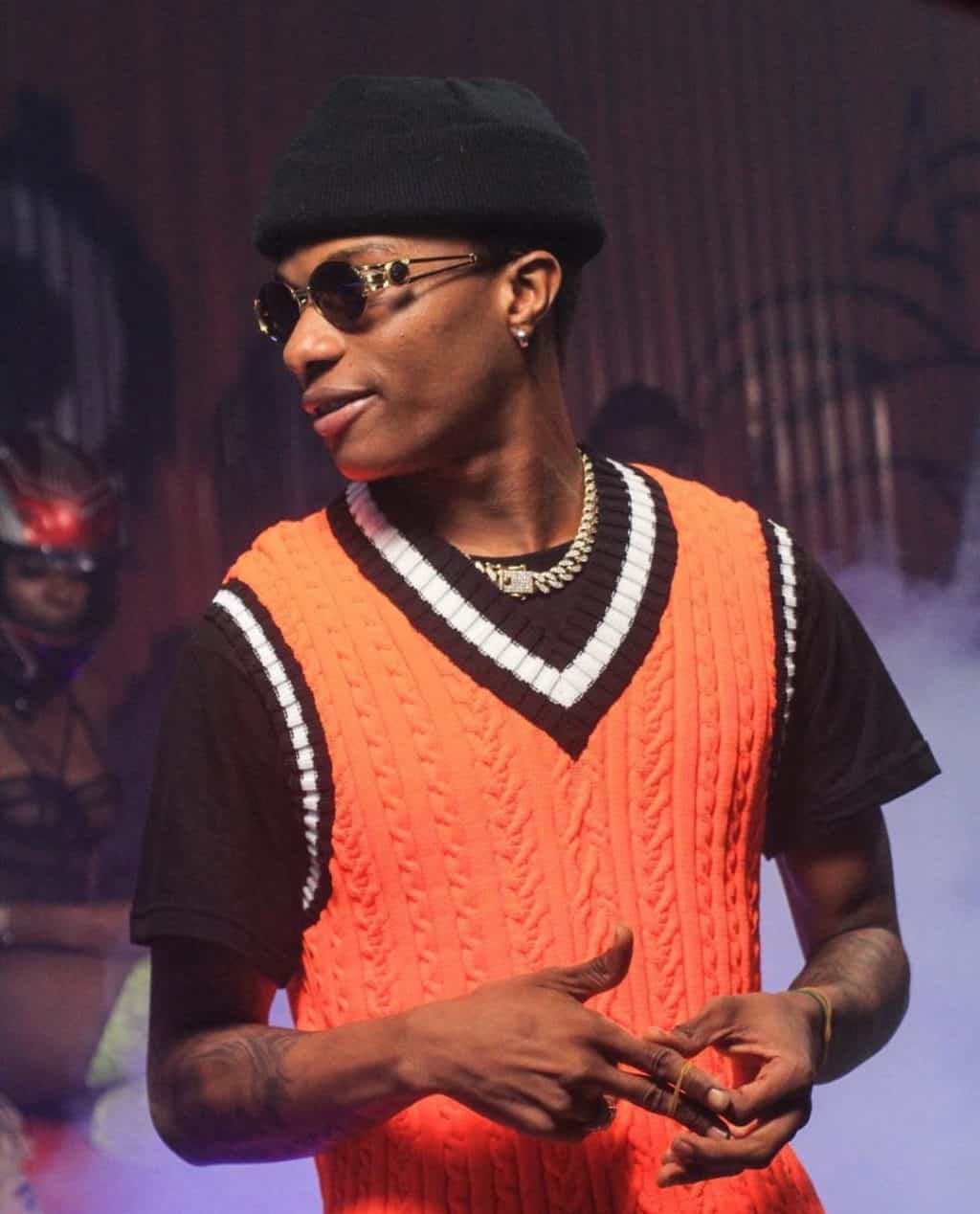 Folks wondered if he deliberately planned his show to clash with the awards ceremony, especially since he brought out most of Nigeria’s top artistes to perform at his own event, leaving on a few behind for the Headies. 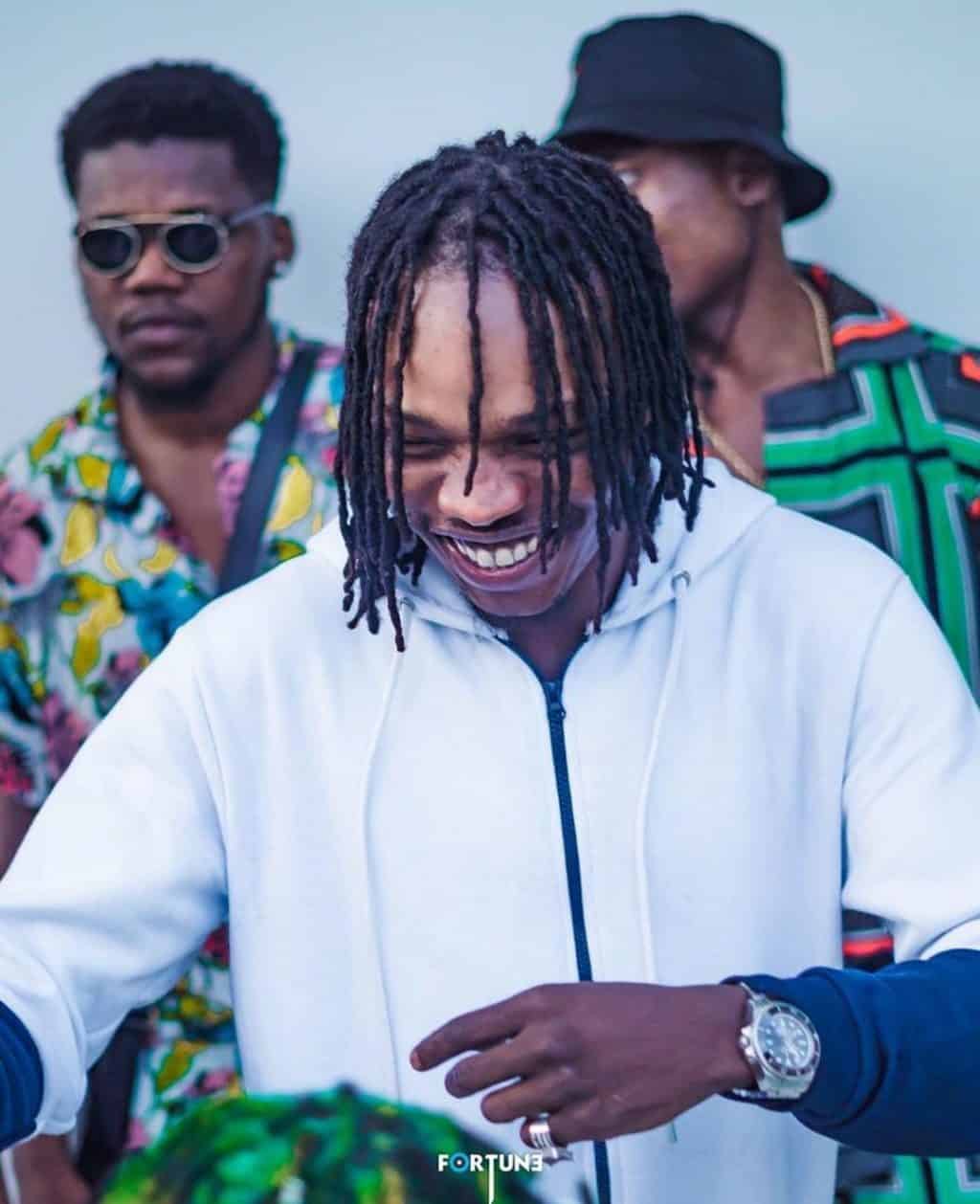 Now, Naira Marley, who performed at Wizkid’s event yesterday, has taken to his Twitter to diss the awards event, saying that his ‘legwork’ at Wizkid’s concert is “bigger than Headies 2019.”

And Wizkid agreed with him. Check out their tweets below: 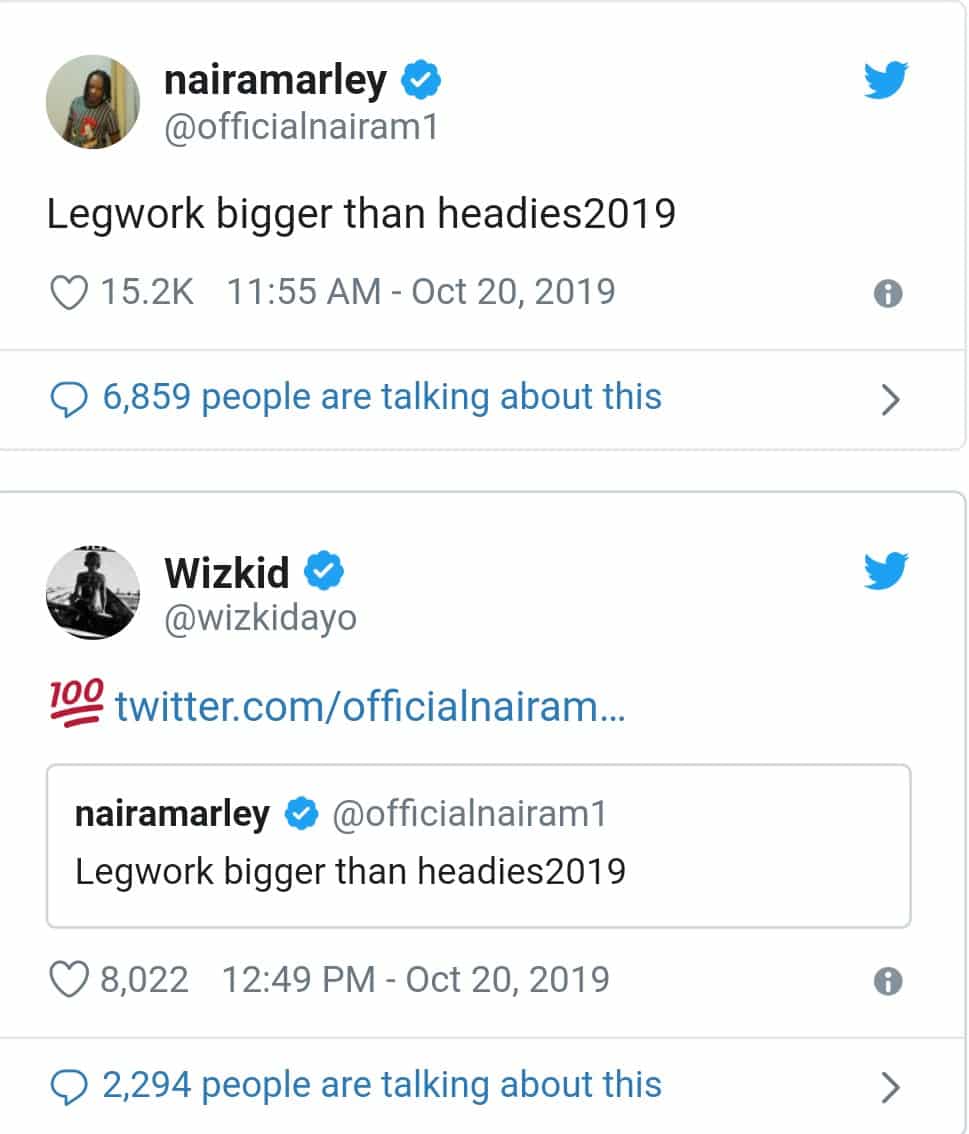