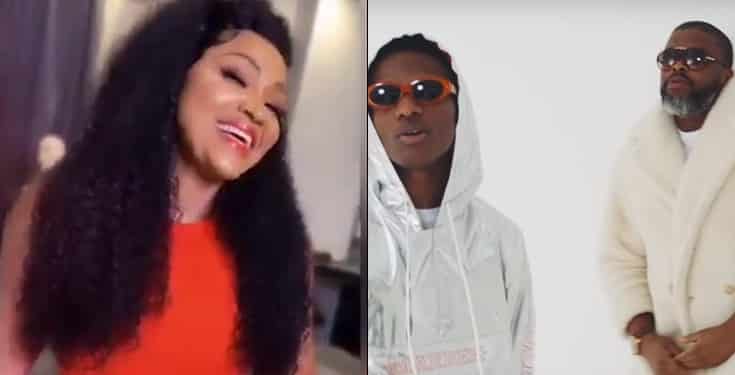 Top Yoruba actress and fashionista, Mercy Aigbe has revealed in a new video that she would love to meet Wizkid and Larry Gaaga, and that their song turns her on.

The actress who took to her Instagram page to make this known,she wrote that she would love to meet either of the two singers or both of them at the same time. She was listening to the song they had together ‘On a Low’, and wrote that the song actually turns her one.

ALSO READ:   I am trying to get Rihanna pregnant – Wizkid

This song turns me on so bad!!!? Somebody get me @larrygaaga or @wizkidayo or better still the two both of them. I said what I said, someone get me these guys @larrygaaga and @wizkidayo

Though it is not stated in the video why she would want to meet the singers as she was just dancing to the tune of the music.