Comedian, Ayo Ajewole, popularly known as Woli Agba has reacted after he and a few of his colleagues were dragged for visiting the vice president, Prof Yemi Osinbajo. 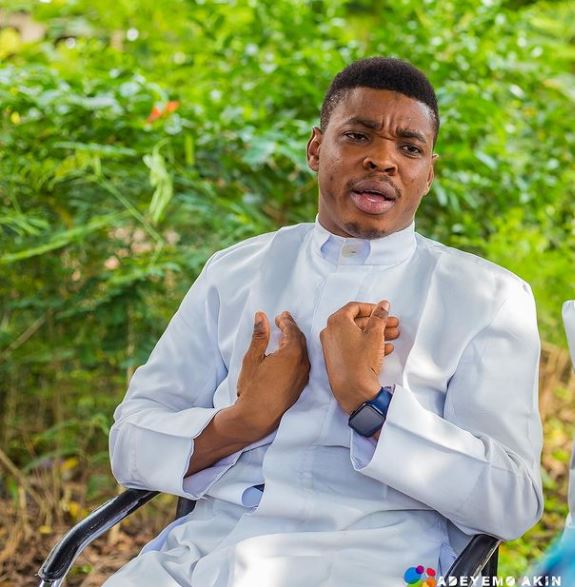 Recall that recently, Woli, Taaooma, Josh2funny and other skit makers met with the vice president at the presidential villa.

Their visit however stirred up uproars on social media as they were dragged for promoting their selfish desires alone. Reference and commendation were also made to people like Mr Macaroni and Oga Sabinus who weren’t present. 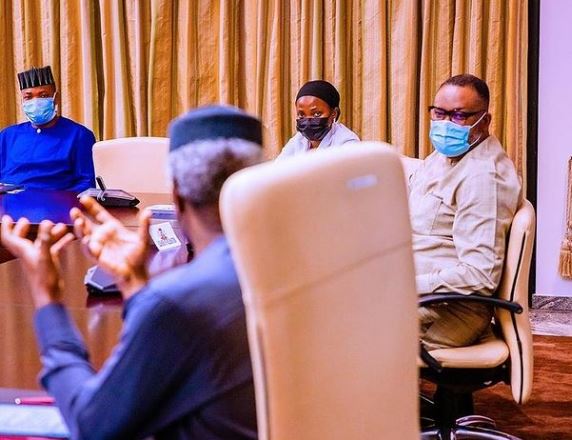 Reacting to this, Woli Agba lashed out heavily at critics, while questioning their method of reasoning.

“Na ordinary picture una see and you guys had all of these conclusions. Ask whoever cooked the story evidence of his or her presence at the meeting now? Which way Nigerians? Ask now? Why una just dey reason like programmed robot like this? I think for the first time, I am able to know one of our problems in this country. Not even related to any of the lies you guyz are reading. Don’t be pushed common. Omo, I dey here dey thank God o.” 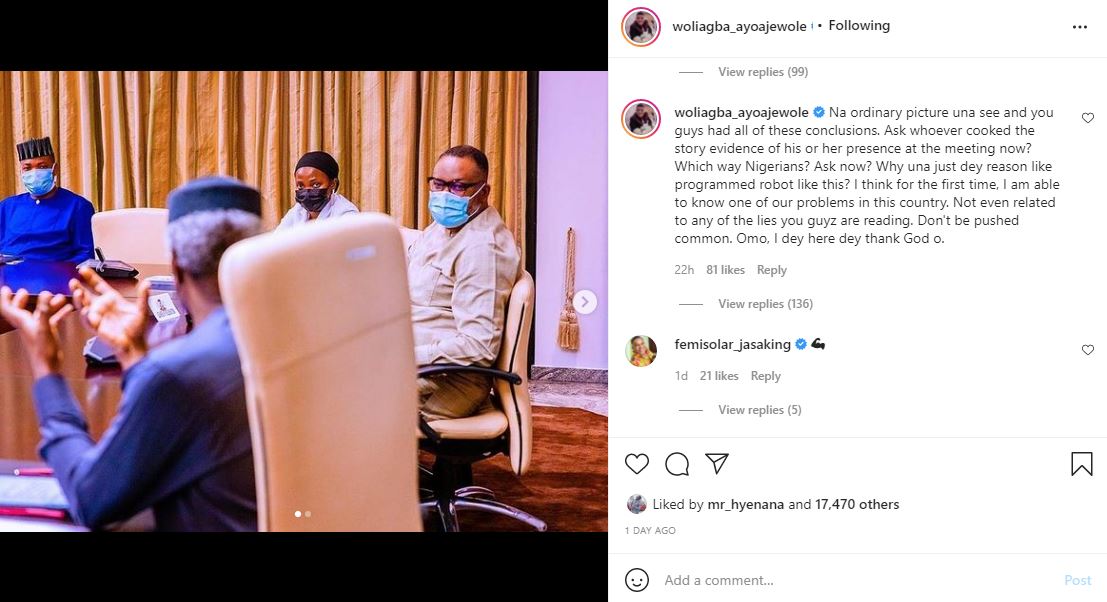