Curvaceous actress, Biodun Okeowo has talked about her life and the struggles of growing up with massive curves.

Popularly known in the movie industry as Omoborty, Biodun Okeowo is one actress whose sexy figure announces her wherever she goes. 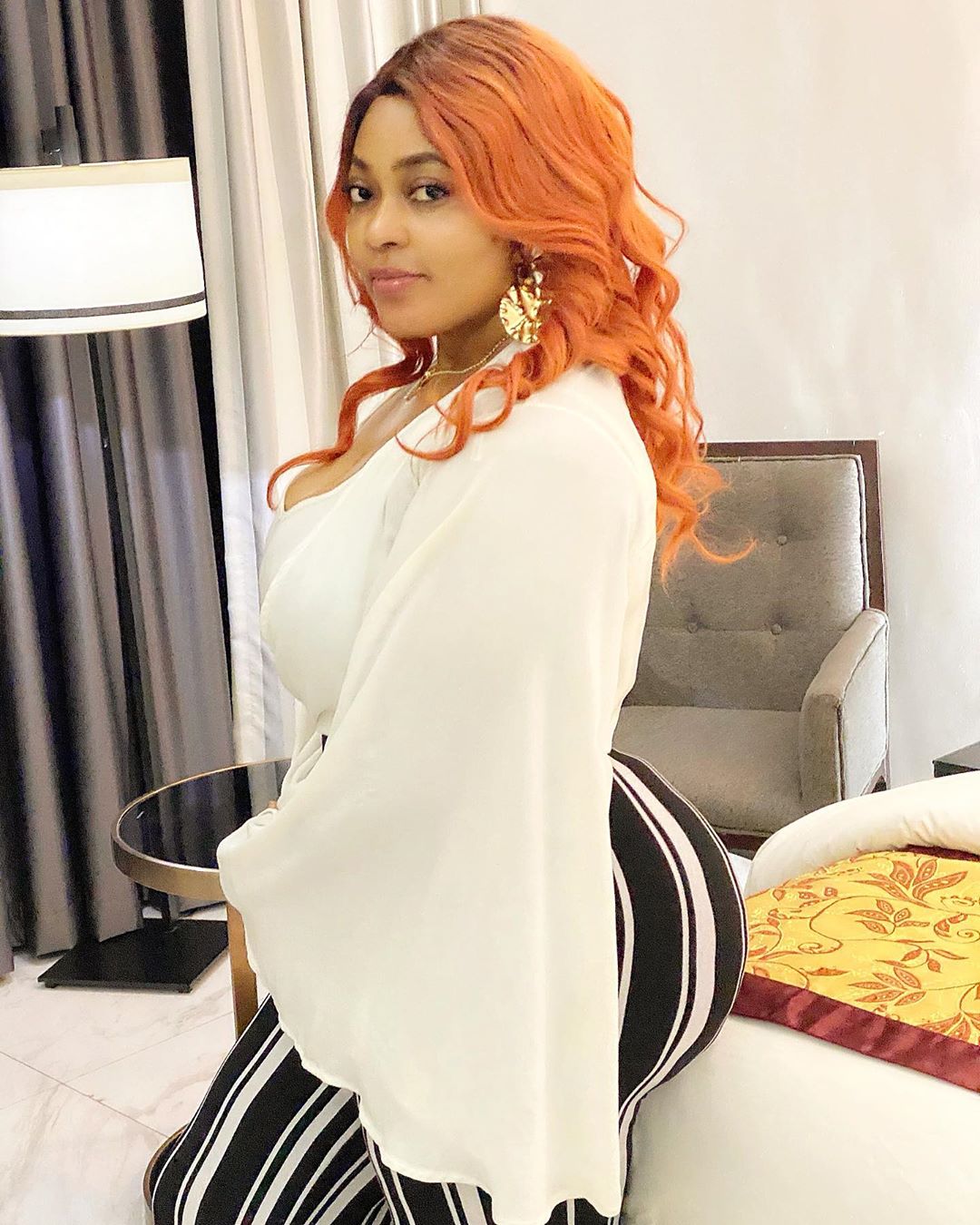 In this interview, the fair-skinned, voluptuous role interpreter recalls some embarrassing moments she had encountered, her social life as well as dealing with negativity that comes with being a celebrity. Enjoy it.

What would you say is the best lesson you learned in 2019?

Best lesson learnt in 2019 was that ‘we are all visitors in this world and nobody is promised tomorrow’. So, we should always do good and live everyday like it’s our last. It’s a lesson I learnt because I didn’t believe my mom could die last year.

You have been scarce in movies lately, why?

It is a personal choice. Reason is that my business takes 70% to 85% of me, because that’s where the major money I make comes from. But this year, I’m doing a cinema movie by God’s grace.

You recently unveiled your new office, how has it been?

Glory be to God. Business has been good. Skincare business is the main thing now. I’m launching a bigger one soon by His grace.

Recently, you said that you were shy of your curves at an early age; did you have any embarrassing encounter that led to such?

I never had any embarrassing moment per se. But I remember a certain man that used to call me ‘Iya Iyabo’ in Kaduna then, because of my massive hips. He was like ‘If you born, this your yansh go full everywhere o; because you never born, the thing too big’. So, that made me conscious of my shape; as skinny as I was then, my curves couldn’t be hidden.

Would you say your curves open more doors of favours for you now?

Curves opening doors? (laughter). I don’t even socialise. God has been my door opener, not curves or anybody.

What do you do to maintain your looks?

I drink a lot of water. I exercise once in a while, though I am getting lazy in that aspect. I also exfoliate a lot. And I moisturize too. However, I don’t joke with my Organo white lotion and soap from Victoria’s Beauty. I’m a fan of glowing skin. I take a lot of skin vitamins.

Do you sometimes get jealous seeing your colleagues excelling in the movie world while you continue establishing businesses?

No! Not at all. I don’t see it that way. Let me explain to you how I see it. We are all in a race to win a prize and then along the way, I saw money and picked it up while others passed me by. As the journey continued, I saw something nice and also picked it up. At the end of the race, my contemporary came first and was presented the prize. But in my own case, I completed the race and got two gifts to show for it. You can see that I’m still at the winning end; it’s not how far but how well. So, I have no reason to be envious. After all, I have made a name in the entertainment industry and needs no introduction. I really don’t have anything to lose, no latecomer in success.

You’re hardly spotted on the red carpets, are you also anti-social?

It’s all due to my busy schedule, that’s all. It has even affected my social media platform. For a while, my Instagram was dormant. But now, I update it almost everyday. 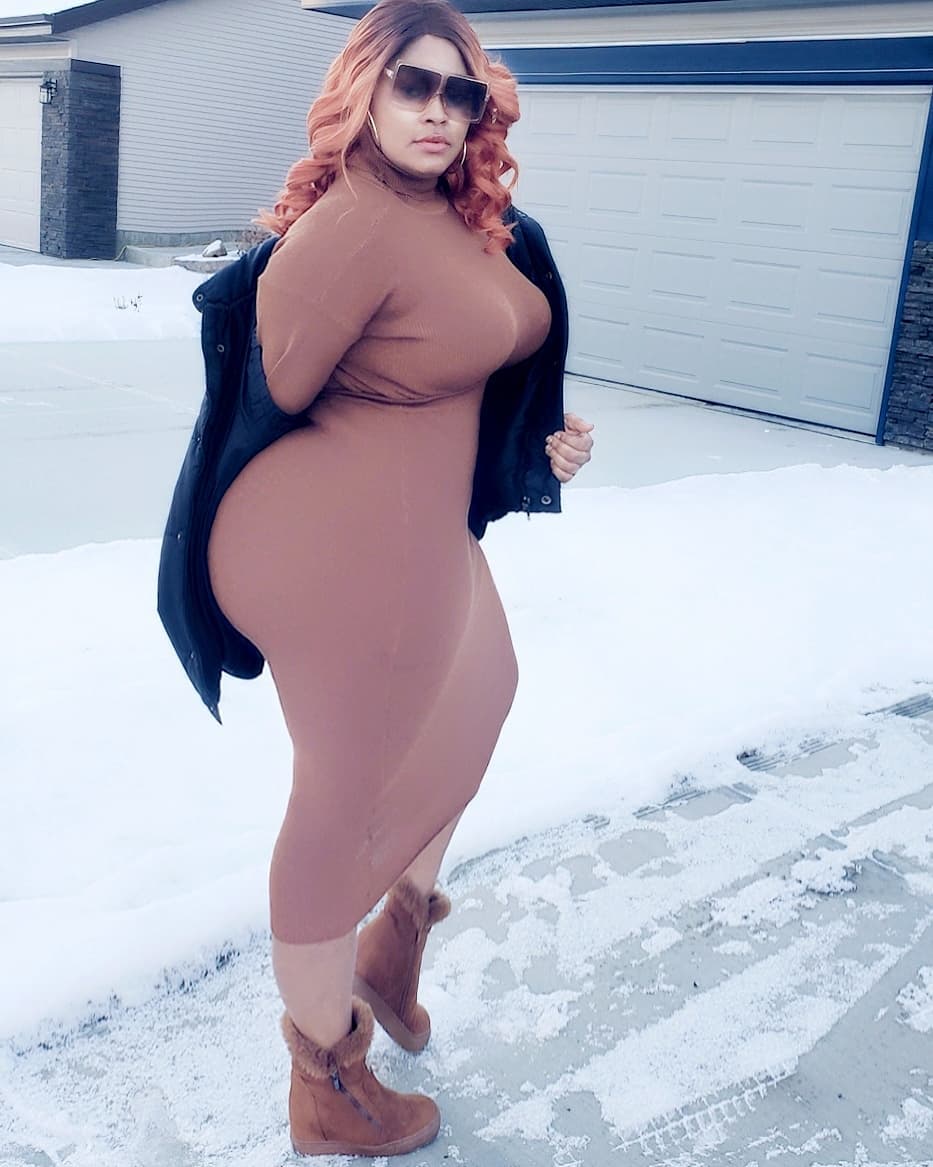 Talking about Instagram, how do you cope with negative comments on your page?

I’m a very free and playful person but I think there’s this mentality that Nigerians have about dressing. They believe you can’t dress the way you like. But I’m an advocate of dress in whatever way that makes you comfortable. I don’t look at anybody. If I feel like rocking my bikini, I do just that without minding whatever people say. When next I travel to Miami, I am going to rock my bikini. I don’t care at all.

As for the comments on Instagram, sometimes I just laugh and other times I respond to them. But while responding, I don’t sound bitter or angry, I just reply them playfully and make my point known. Those that seek cheap attention, I give them in full dose whenever I am in the mood. If my dressing and butts make people talk on Instagram, I will keep on rocking more of such and flaunting what I have got.

Has any of the comments hit you so bad that you decided to delete some pictures?

No! I can only delete the pictures that I want to use to pass a message; but while posting it, I would also write ‘deleting soon’. Then the pictures my children don’t like, I won’t post. As far as they don’t complain, I don’t have any issue with any other person. Also my mother, they are the ones that can tell me what to do or what they don’t like.

Funny enough, my kids understand and often commend what I wear. So, I pity some people that would say, ‘you call yourself a mother yet you dress like this or that’. What even makes them think I want to give my children Nigerian upbringing? I know we have cultures and I won’t go out there exposing what’s beyond the normal. In addition to that, I am an actress and some of my pictures are set photos. You won’t see me outside wearing such or see me walking on the street distracting people. I don’t want to say it’s poverty mentality but I don’t just know. Go to more advanced countries and see the way and manner they carry themselves. Nobody dares harass anybody because of dressing.

Related Topics:Biodun Okeowo
Up Next