According to Mercy Okojie, the issue involving her daughter has been resolved. 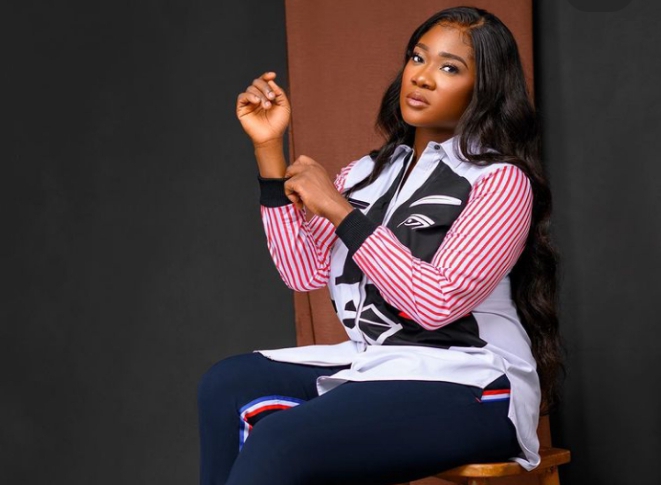 Mercy Okojie had raised an alarm via her Instagram handle over alleged bullying of her daughter by a teacher of the school.

However, she decided to move forward with Chrisland after consultations with the school management.

She said her family had a deep, frank conversation with the Chrisland authorities, adding that they have come to a meaningful positive resolution.

“Purity, our daughter, had an encounter with a teacher whose seemingly inflexible approach got her off-balance. We have been able to have a deep, frank conversation with the Chrisland authorities and we have come to a meaningful positive resolution.

It is our choice to move forward together as crucial partners with valuable, immeasurable roles to play in the development of our children.

“We are pleased with their efforts towards ensuring that all pupils get an all-around balanced and qualitative learning. Chrisland has assured us of their commitment to the bigger picture, which is firmly centered upon being responsive to the fragile emotions of children as well as the valid concerns of parents.”

In her own remarks, the managing director of the Chrisland School Conglomerate, Ibironke Olatokunbo Adeyemi said;

“As promised, we also investigated the issue on the ground and were able to establish there were rough edges to smoothen up from a clearly avoidable misunderstanding.

We ironed this out without losing focus on the bigger picture of deepening our children including Purity Okojie, in our institution’s core values which are discipline, integrity, professionalism, love and excellence.

“The cordiality and empathy accorded the Okojies is characteristic of our corporate tradition and cuts across every family that holds us in trust to raise their kids irrespective of race, creed or social standing”. Mrs. Adeyemi also had words of commendation for Mercy Johnson for “paying exceptional and detailed attention to her children despite the pressure and demands of her profession.

“An exemplary mother she is and we hasten to state unequivocally that Mercy Johnson at no time brought questionable characters to assault anyone on our premises. Anything other than this was based on imaginative conjectures which of course, we as an institution decline vehemently to endorse.