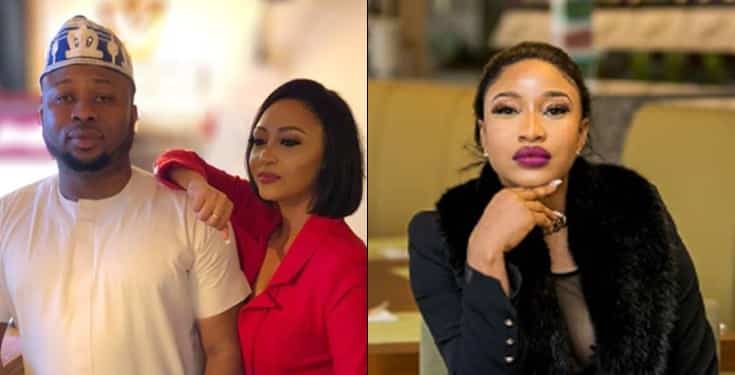 In a chat with Punch, Meurer said being an ambassador of Big Church Foundation made it hard to stop working with Churchill.  She stated, “Churchill is like a family member to me; so, why should I leave him? Even when the incident was fresh, I never thought of leaving Churchill because he didn’t leave me. Also, all Tonto said about me was false.”

The actress added that she didn’t regret taking her time before venturing into Nollywood fully. She stated, “Before I came into the industry five years ago, I was always visiting Nigeria. I don’t regret joining the industry when I did. Everything is about time and knowing the right people. Without connections and God, you can be acting for years without achieving anything.”She insisted that she had no problems with Tonto Dikeh, apart for her lies. She said, “Everyone has their lives to live. I am living mine, and she should live hers too.”

According to Meurer, who is the new ambassador of DoctorCare 247, playing nudity or sexual roles is not something she is ready to take up now. She said, “I cannot go nude or act sexual roles in movies; the most I can do is kiss. I even have to rehearse kisses sometimes. I know they say acting is not real but the sexual movement is real. I have yet to reach the stage I can freely act sexual roles.

“Also, to be honest with you, I hardly get s#xual advances from men. If you come to me, I know how to talk to you and you would start seeing me as a nice and lovely friend.”

On her new endorsement deal, she said when she was approached, she took her time to know about DoctorCare 247. She stated, “It is a ‘telehealth’ platform that enables doctors and other healthcare specialists to diagnose and treat patients online. I am an actress and I have huge social media presence; so, I will use my position to make the platform more visible to people.”