Home Entertainment News “Whitemoney should run for office in his state, he will win” —...

Controversial journalist, Kemi Olunloyo has urged BBNaija Season 6 winner, Whitemoney to run for an office, in his home state of Enugu. 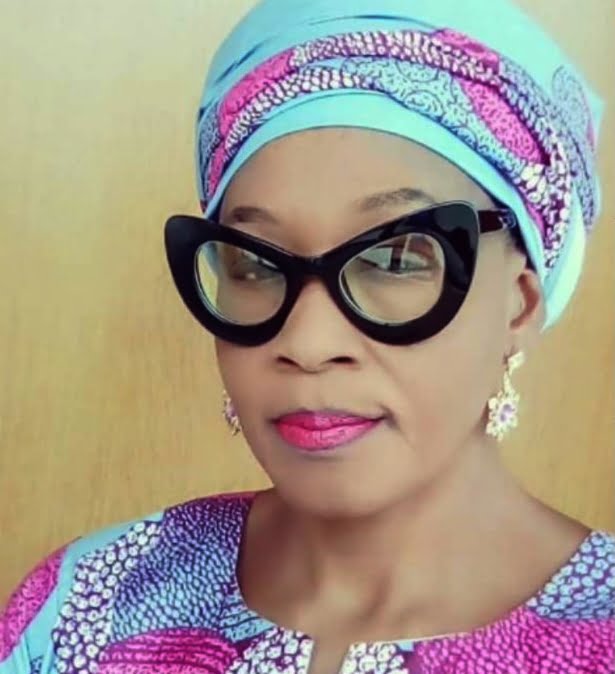 According to her, Whitemoney will win because he has a huge fanbase of loyal supporters and also because he’s a strategic leader.

However, Kemi Olunloyo stated that Angel is the real winner of BBNaija “Shine Ya Eye” edition, even though fan favourite, Whitemoney had won the reality show. 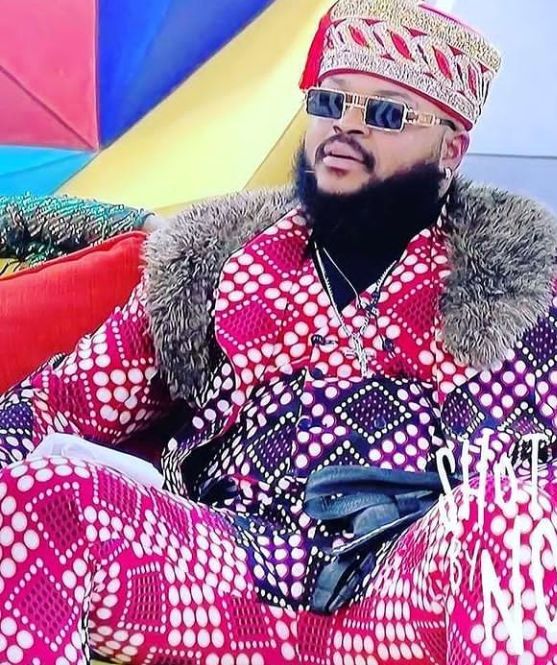 She also predicted that Angel might be the next biggest star to emerge from the show after TV host, Ebuka Obi-Uchendu, as she’s currently building her brand.

Kemi Olunloyo took to her page on social micro-blogging platform Twitter, to write;

“As much as I see Whitemoney as a leader and strategic take charge guy, Angel is the real winner in #BBNaijaShineYaEye. The young lady is strategically boosting her brand and may be the next biggest thing after Ebuka. Whitemoney should run for office in his state. He will WIN” 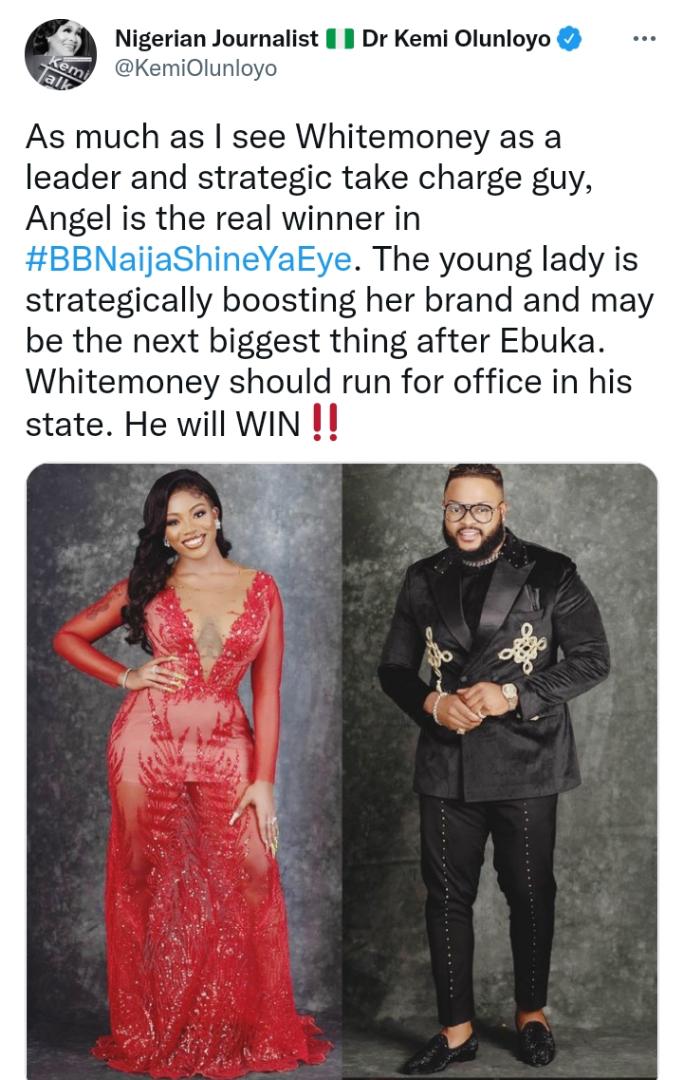