The white police officer arrested and charged with the murder of George Floyd is allegedly on effective suicide watch and being checked in on around the clock. 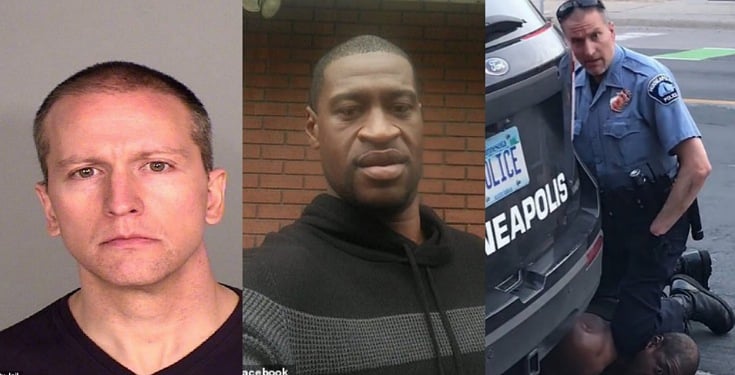 TMZ reported Saturday that Derek Michael Chauvin, 44, has a camera focused on him all day and and cops check on his cell in person every 15 minutes.

It adds that Chauvin, who was charged with third-degree murder and manslaughter on Friday, is under constant surveillance and is in isolation in Ramsey County Jail in St. Paul, Minnesota.

He remains in a single cell in a part of the facility set aside for high-profile cases.

TMZ adds that a source says that the former police officer didn’t make eye contact with anyone when he was brought into the jail on Friday and that he was subject to an unclothed body search.

He was then placed in a prison uniform and led to his cell.

Checks on a cell every 15 minutes are said to be common in such a high-profile case, TMZ’s source said, but it is not confirmed if there is a threat to Chauvin’s life.

Chauvin is reported to have 23 hours in his cell a day with one hour for recreation. He also has access to books, pencils and paper.