Ubi Franklin shared a cryptic post just after meeting his 4th child, Ariella for the first time after months of being at loggerheads with her mother, Sandra Iheuwa. 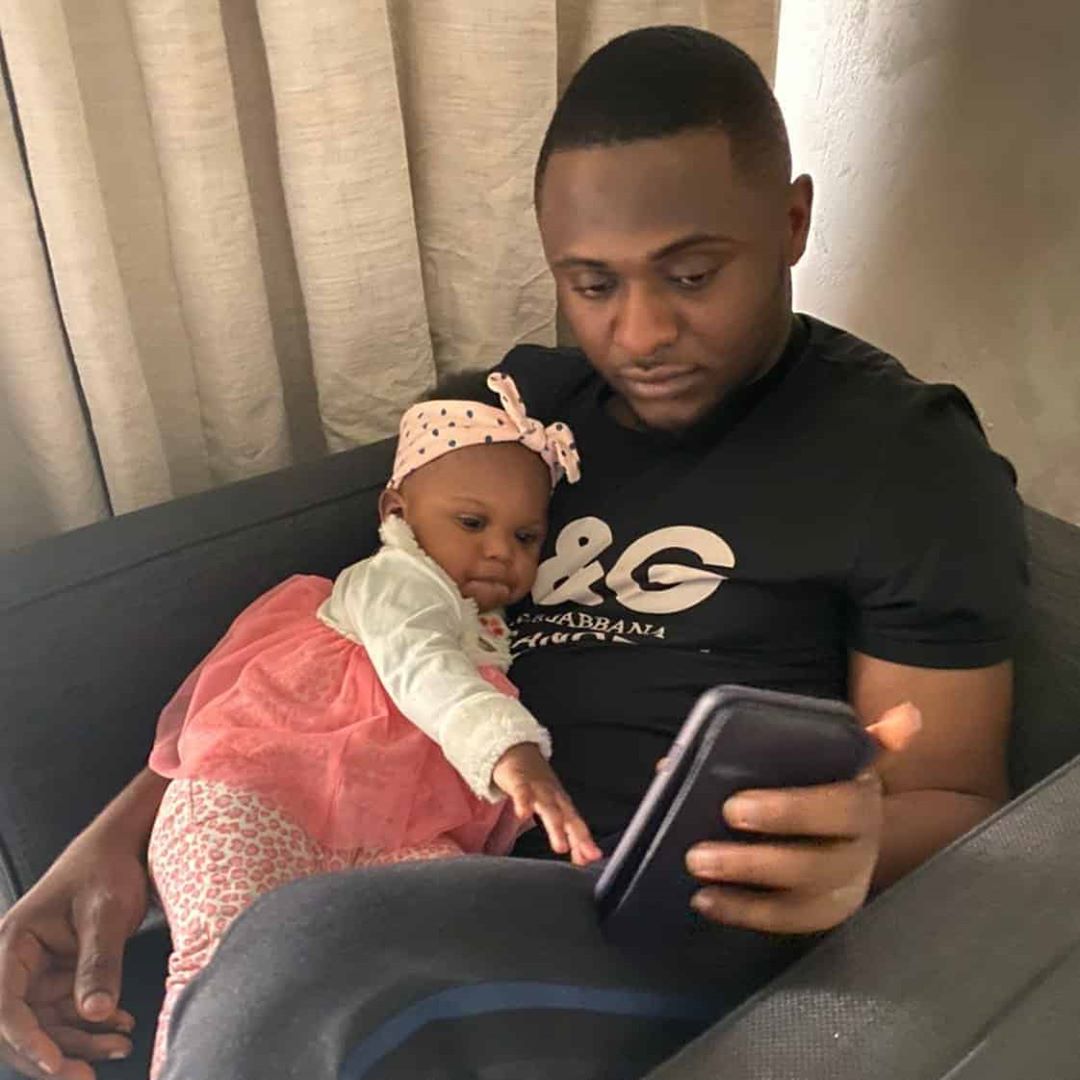 The music executive in his Instagram post stated that the most difficult thing to do is to forgive. He added that he wants his followers to know that what they saw today is as a result of “deep forgiveness”. 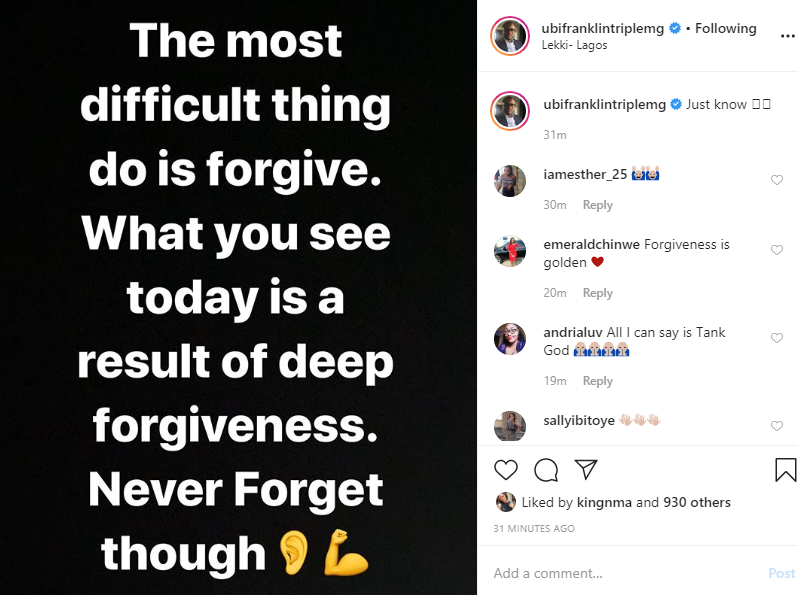 Recall that Ubi Franklin and Sandra Iheuwa were enmeshed in a public showdown just before she welcomed their daughter.

She accused the music executive and businessman of allegedly refusing to pay back the money she borrowed him and also refusing to acknowledge their child.