Home BBNaija “What type of boring children are these?” – Blessing Okoro laments over...

Relationship expert, Blessing Okoro Nkiruka, popularly known as Blessing CEO has lamented over the boring nature of the ongoing BBNaija show as she describes the housemates as boring children. 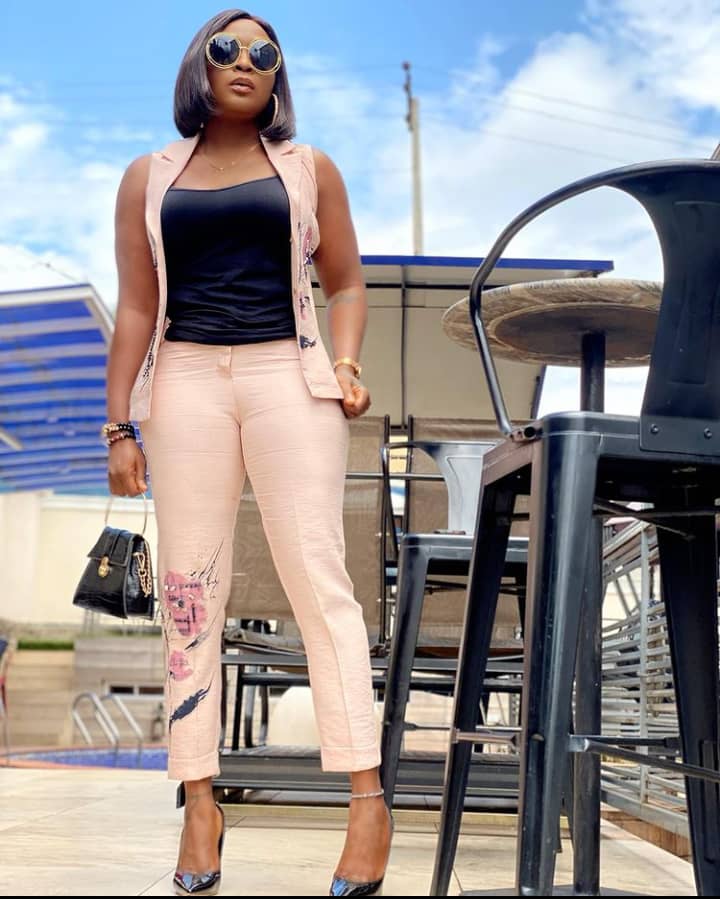 In a now-deleted post, Blessing Okoro noted that it is almost 2 weeks since the housemates were introduced into the house, yet there has been no drama to keep viewers entertained.

She further stated that only Whitemoney seems to be giving viewers little comic and interesting content while others are nothing to write home about.

According to her, Maria is feeding viewers with ‘unripe oyibo’ which doesn’t go down well with her.

She also mocked the fashion sense of the housemates as she noted that none of them has good dresses that the viewers could at least feed their eyes on.

See the posts below; 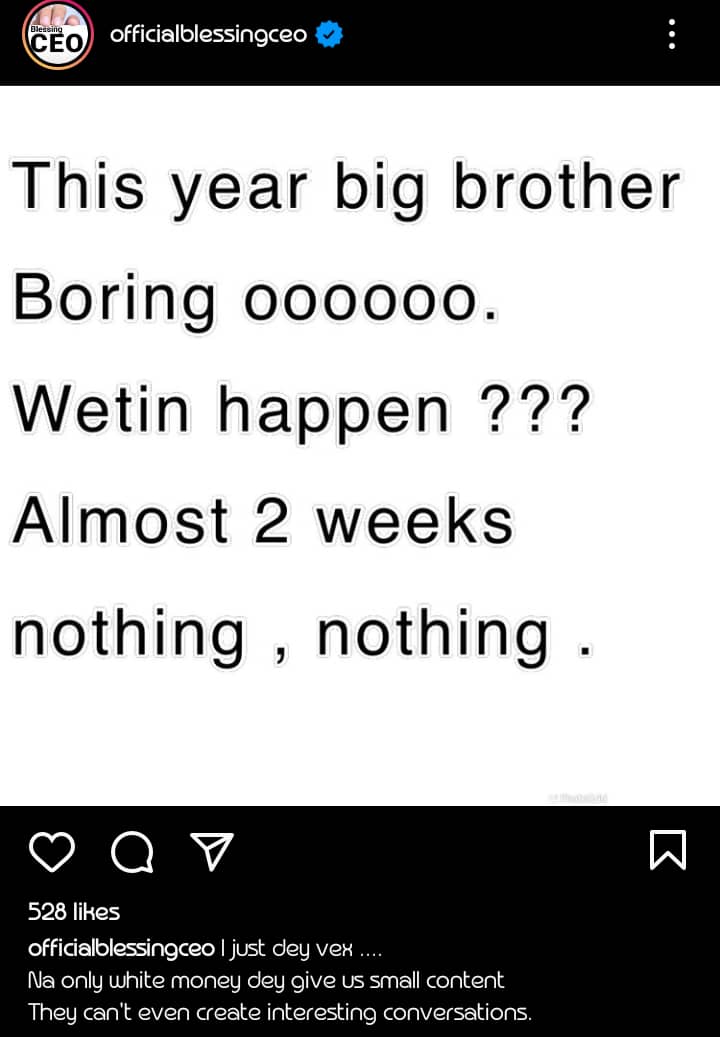 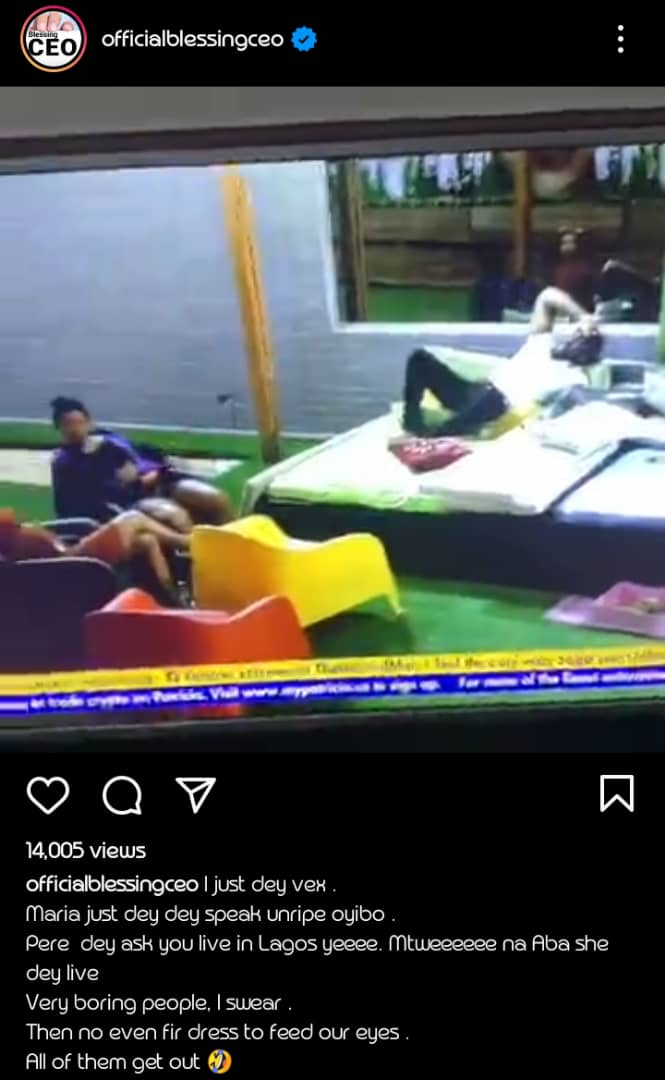