Social media users have criticized the famous actress and wife of Tuface Idibia, Annie over a statement she directed at her husband during a show. 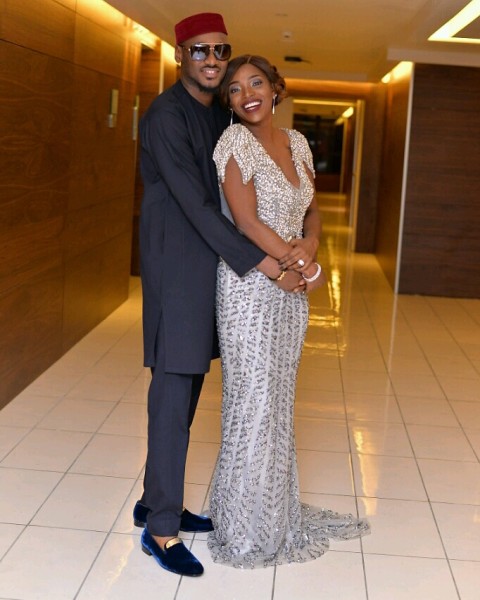 In an episode of their Young, Famous and African reality show, the couple who recently renewed their marital vows in a bid to consolidate their union and strengthen the bond had a round table discussion that covered issues as regards their marriage.

Annie Idibia in the video asked her husband to promise that he will be faithful for the next 10 years. 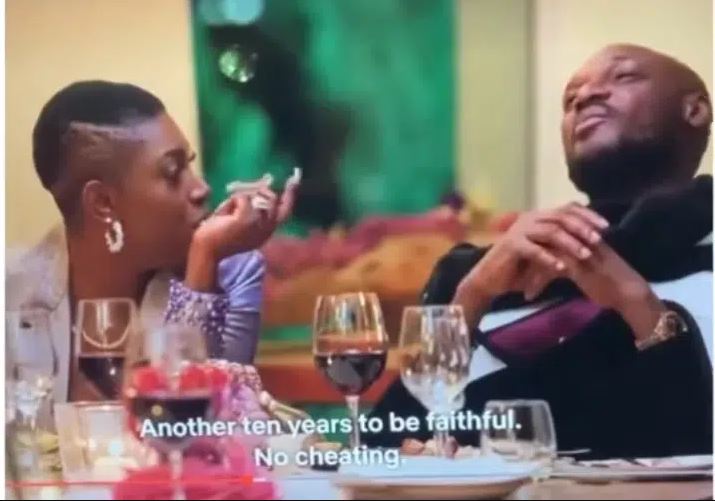 “I want another promise.

Another ten years to be faithful.
No cheating,” she said.

Reacting to this, cybercitizens have dragged Annie Idibia for always tackling her husband; what some tagged as an embarrassment. 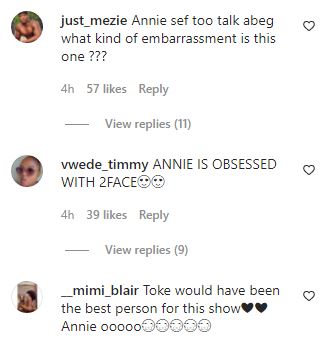 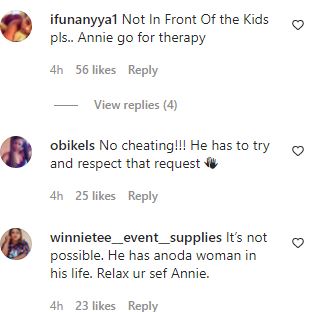 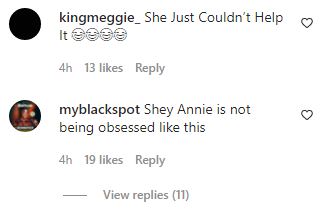